SEJONG, Feb. 9 (Yonhap) -- Local companies making large investments in state-led reclamation sites will be given the same benefits in land leases as foreign companies starting from June, the Ministry of Land, Infrastructure and Transport said Thursday.

A law revision pre-announced by the ministry would allow 100-year use of national and public land for companies investing 1 billion won (US$872,448) in the Saemangeum reclaimed land, some 280 kilometers south of Seoul. Completed in 2006, Saemangeum has a seawall stretching 33.9 kilometers.

The land lease benefit was initially given only to foreign investors but was extended to domestic firms who engage in businesses that are included in the Saemangeum development plan or those who contribute to the local economy and create new jobs, officials said.

One billion won is the minimum required investment. Large conglomerates must invest at least 30 billion won to access the same benefit.

The law revision gives the Saemangeum Development and Investment Agency the leeway to set the building coverage and floor space ratios of the land being used by companies. 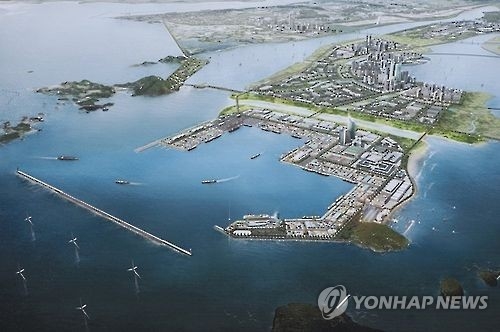