The South Korean banking giant posted 2.14 trillion won in full-year net profit, up 26.2 percent from a year earlier. It marks the first time in five years for the group's net profit to top 2 trillion won.

Its net interest margin (NIM), a measurement of profitability, climbed 0.04 percentage point to 1.89 percent from 2015. 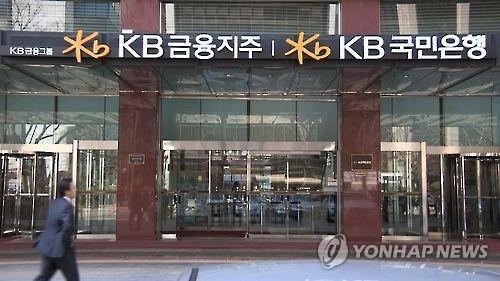 "Despite difficult business conditions last year, including a benchmark interest rate cut, the net interest income, which is a core profit, increased thanks to robust loan growth and thorough efforts for the growth of the NIM," a KB Financial official said. "The improved profitability came from a reduction in general management costs and loan-loss reserves."

The group's assets totaled 375.7 trillion won, up 14.2 percent from 2015, partly due to the acquisition of Hyundai Securities.

But the net profit of the group's top subsidiary KB Kookmin Bank declined 12.9 percent on-year to 964.3 billion won on increased costs for the "honorary retirement" of some employees.