The company blamed foreign exchange losses, as well as losses from its near bankrupt affiliate Hanjin Shipping Co.

"Despite a rise in sales and improved operating profit based on reduced costs, the company posted a net loss due to losses from foreign exchange and Hanjin Shipping-related losses," it said. 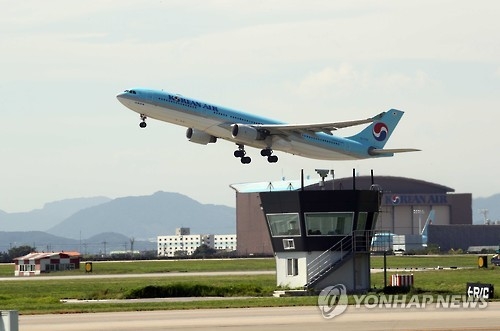 In the first nine months of the year, the country's largest full service carrier had posted a net profit of 85.1 billion won, a turnaround from a net loss of 695 billion won over the same period in 2015.

A Seoul court earlier announced its decision to end a rehabilitation plan for Hanjin Shipping and declare the once top shipping line bankrupt on Feb. 17.