Kim set a South Korean record in the women's 3,000m with 4:03.85 at the International Skating Union (ISU) World Single Distances Speed Skating Championships at Gangneung Oval in Gangneung, Gangwon Province, some 230 kilometers east of Seoul. She finished sixth among 20 skaters.

This competition is a test event for the 2018 PyeongChang Winter Games, and the first official at Gangneung Oval, the Olympic speed skating venue.

Ireen Wust of the Netherlands, the reigning Olympic 3,000m champion, finished first Thursday with 3:59.05, followed by Martina Sablikova of the Czech Republic at 3:59.65. Antoinette de Jong of the Netherlands ended in third at 4:01.99. 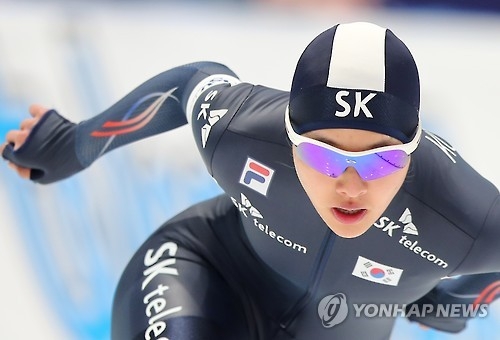 Kim was the only South Korean to skate on Thursday. No Korean raced in the men's 5,000m, the only other event Thursday.

Kim is ranked 15th in the ISU World Cup points standings in the 3,000m this season. Her main event is mass start, which will take place on Sunday, the final day of the worlds. Kim is the World Cup leader in mass start this season with two victories and two third-place finishes in four starts. 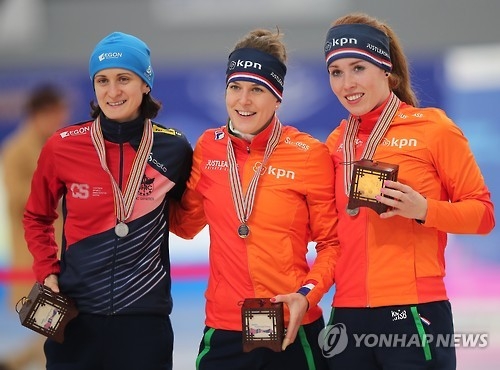 Kramer, also the two-time reigning Olympic gold medalist in the 5,000m, remains undefeated in that distance at the world championships.

There are four races scheduled for Friday, including the women's 500m, where South Korean Lee Sang-hwa, the two-time reigning Olympic champion, will go for her fourth world title. 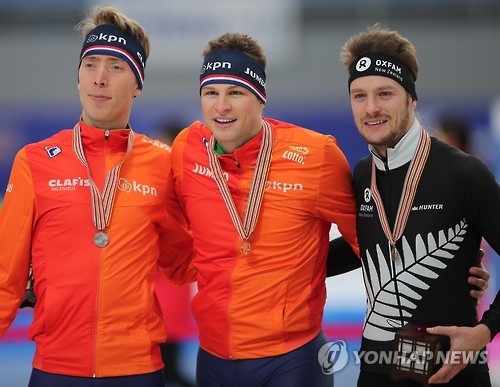