GANGNEUNG, South Korea, Feb. 9 (Yonhap) -- Speed skaters who took part in the inaugural races at a new South Korean Olympic venue raved about the facility on Thursday, saying they were happy with the "fast" surface.

The International Skating Union (ISU) World Single Distances Speed Skating Championships opened with the women's 3,000 at Gangneung Oval in Gangneung, Gangwon Province, some 230 kilometers east of Seoul. This is a test event for the 2018 PyeongChang Winter Games and also the first official competition at the brand new arena.

Seven of the 20 skaters broke their personal bests, including South Korean Kim Bo-reum, who finished sixth with the national record time of 4:03.85. While three medalists didn't set personal records, they said they were still pleased with the ice condition.

"The ice master did a really good job here," said Ireen Wust of the Netherlands, who won her third world title in the 3,000m at 3:59.05. "It's really fast ice, and skating below four minutes is really good." 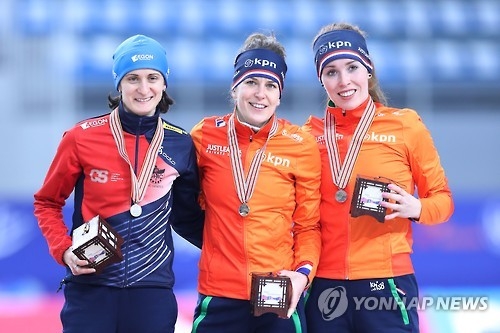 Martina Sablikova of the Czech Republic, the 2016 champion who finished second here, said she didn't think the ice would be this fast in competition.

"During training, it wasn't so fast," she said. "But in the race, it was really good and fast. I was so happy to skate here."

Isabelle Weidemann of Canada didn't win a medal, but broke her personal best by about half a second to finish ninth at 4:04.54. She also reserved praise for Gangneung Oval.

"The ice is fast and smooth," she said. "I hope it's fast next year at the Olympics." 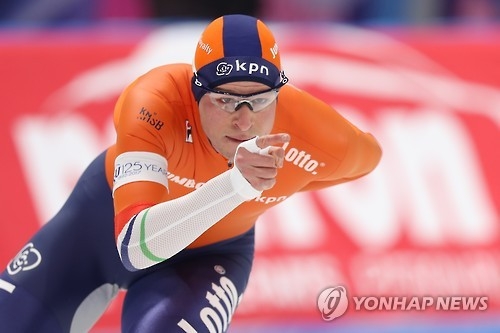 Male skaters were also effusive about the ice after their 5,000m competition, the only other race held on Thursday. Five of the 20 skaters set new personal best times.

Peter Michael of New Zealand, who shattered his personal record by nearly four seconds to win bronze at 6:11.67, said it felt great to be "going into the Olympics on such nice ice."

"I skated quicker than I anticipated," he said. "The crowd was spectacular. This feels really good."

The skaters' surprise at the speed of Gangneung Oval's ice has to do with the city's altitude. Gangneung is virtually at sea level, and in such conditions, there is more air resistance than at venues with higher elevations. It's no coincidence that records have been broken frequently at rinks in Calgary or Salt Lake City, where less air resistance and less oxygen frozen on the ice creates a harder and faster surface.

On the other hand, two Dutch skaters, Sven Kramer and Jorrit Bergsma, said it was a bit windy during their race.

"The ice is really good, but we had some wind turbulence," said Kramer, who won the 5,000m world title for the eighth time. "If it's equal for everyone, you could accept it. The best thing is if there's none. There's now a big battle between ice rinks all over the world, and (conditions) should be equal for everyone."