SEOUL, Feb. 9 (Yonhap) -- Trot artist Hong Jin-young released her new single "Loves Me, Loves Me Not" on Thursday, which marked her first No. 1 song in a colorful, decade-long career.

"I released songs every year but have never made number one in real-time streaming charts. I'm so proud for having made number one in two charts," Hong said at a media showcase held at the Shinhan Card FAN square in northern Seoul. 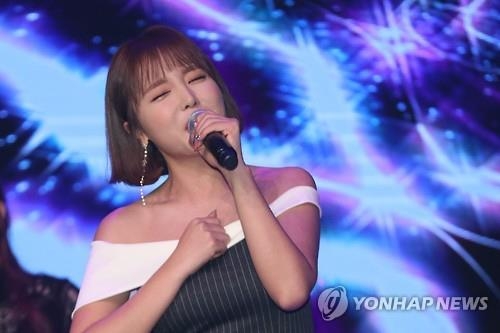 The song, included in the soundtrack for movie "Fabricated City," was released at midnight. It reached No. 1 on Mnet and Olleh Music's streaming services.

Hong debuted in 2009 with the song "Love Battery." Despite her roots in the increasingly dwindling trot genre, the 32-year-old has managed to survive in the Korean pop music scene heavily inundated by young idol stars.

Outside of her music career, Hong is perhaps better known as a TV celebrity who has made her mark in a variety of reality TV and comedy shows throughout the years.

Hong has made a bit of a course change from her usual high-pitched sound. Compared to her previous songs, "Loves Me, Loves Me Not" is a bit slower and her voice is much more reserved.

The single was written by Ahn Min-young, whose works are included in the "Descendants of the Sun" and "Guardian: The Lonely and Great God" soundtracks.

Hong, who has endured obscurity during her once-failed idol group Swan, professed her rise to stardom wasn't a cakewalk.

"Time has passed quickly. Many think I made it big since my debut, but I have gone through much to be where I am now," said Hong, recalling her early years in show business.

Hong attributed her overflowing energy to her enduring popularity.

"My around-the-clock energy is my strong point. I'm not a person who gets tired and depressed. I think people see this in me." 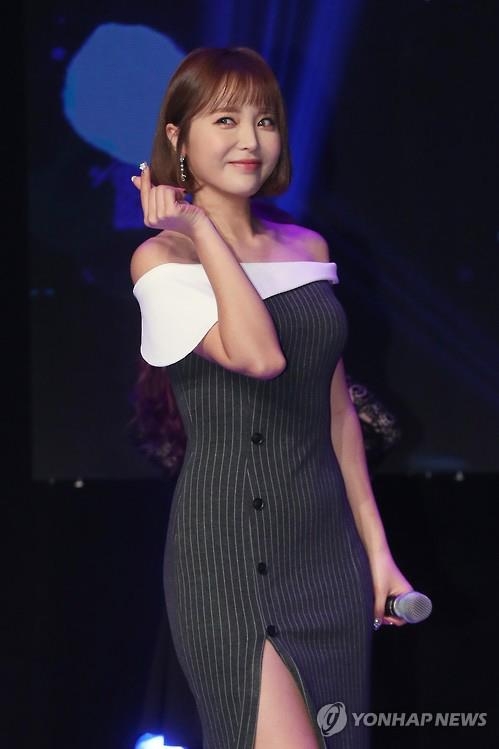