Trump made the remark in a letter sent to Xi on Wednesday in response to Xi's letter congratulating him on his inauguration, White House press secretary Sean Spicer said in a statement.

"President Donald J. Trump today provided a letter to President Xi Jinping of China, thanking President Xi for his congratulatory letter on the occasion of President Trump's inauguration and wishing the Chinese people a happy Lantern Festival and prosperous Year of the Rooster," Spicer said.

"President Trump stated that he looks forward to working with President Xi to develop a constructive relationship that benefits both the United States and China," he said.

It marked the first time Trump has reached out to Xi since taking office.

Since his inauguration, Trump has spoken by phone with a number of world leaders, including Russian President Vladimir Putin, but not with Xi. That, together with the belated response to Xi's letter, appears to show the negative views Trump has of China.

Trump has repeatedly accused Beijing of unfair trade and currency practices hurting American businesses, and slammed the country for failing to exercise enough pressure on North Korea to rein in the regime. 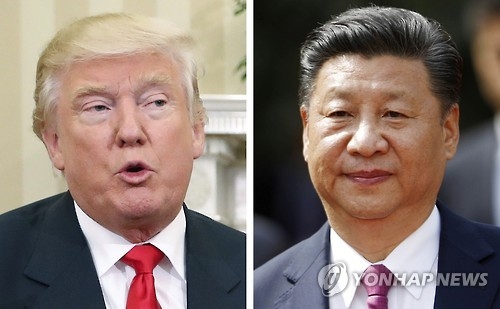