WASHINGTON, Feb. 9 (Yonhap) -- U.S. "secondary sanctions" on Chinese firms doing business with North Korea would more likely to backfire rather than achieve the goal of inducing Beijing to render greater cooperation in efforts to rein in Pyongyang, an expert said Thursday.

Yun Sun, a senior associate at the Stimson Center, made the remark during a discussion in Washington amid growing speculation the administration of U.S. President Donald Trump is likely to adopt "secondary sanctions" or a "secondary boycott," penalizing Chinese businesses doing business with the North in an effort to force Beijing to pressure Pyongyang.

"Some people argue that because sanctions worked to put China to cooperate on the Iran nuclear deal, it will have the same effect on China's position on North Korea. In my conversations with the Chinese interlocutors and analysts, that's very unlikely because in terms of strategic importance to China and to China's national security, North Korea and Iran are simply not on the same level," she said during the discussion organized by 38 North.

The expert also said that it would be difficult for the U.S. to impose secondary sanctions on Chinese entities without negatively affecting the interests of U.S. firms and financial institutions because the two economies are so closely intertwined.

"The second question is how much sanction will be hurtful enough for the Chinese to take a move. More likely, if the U.S. decides to put harsh sanctions on North Korea, it will indicate a more confrontational approach towards China. China's instinct is, 'In that case, we need to enhance our policy leverage rather than giving it up,'" Sun said.

"In that scenario, a provocative North Korea, in the Chinese perception, will be that policy leverage. I think secondary sanctions will make China less likely to be cooperative rather than more cooperative," she said.

The Trump administration has reportedly been putting together a new policy on North Korea.

Details are scarce, but a key element of the new policy is likely to pressure China to exercise more of its leverage as the North's main food and energy provider to rein in the provocative regime.

Trump has repeatedly accused Beijing of gaining massive profits through unfair trade and currency practices in what he calls "totally one-sided trade" with the U.S. while refusing to help rein in its communist neighbor. He has even raised questions why the U.S. should stick to the "one-China" policy of diplomatically recognizing only Beijing, not Taiwan. 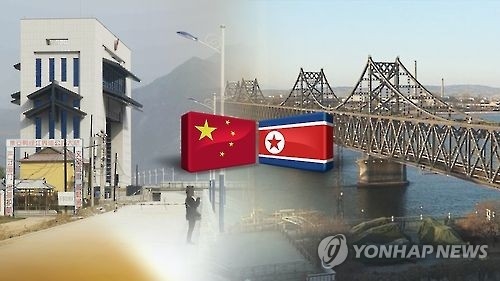 Sun said that China is worried about two possibilities with regard to Trump's policy on the North. One is the possibility of a preemptive strike on the North, and the other is a secret dialogue between Washington and Pyongyang even though China has already prodded the U.S. to talk directly to the North.

"There is a certain level of hypocrisy in that position because if the U.S. does choose to unilaterally have a secret dialogue with North Korea, that position will most likely be met with suspicion rather than enthusiasm by Beijing," Sun said.

"Beijing also wants to be a part of that conversation so that Beijing can monitor that development and also influence the direction of where it is going," she said.