WASHINGTON, Feb. 9 (Yonhap) -- A senior U.S. official on Thursday warned North Korea not to undertake any provocations, saying such actions would affect the strategy the administration of U.S. President Donald Trump is putting together to deal with Pyongyang, according to a news report.

The unidentified official also told a conference call with reporters that it is premature to discuss Trump's policy on how to deal with the North's nuclear program, according to a Reuters report.

The White House has reportedly launched a North Korea policy review to determine what the Trump administration could do differently to address concerns that North Korea could strike the U.S. with a nuclear missile.

North Korea carried out a string of provocations last year, including two nuclear tests and a number of ballistic missile launches. But the regime in Pyongyang has not carried out any such provocations since November's U.S. presidential election.

North Korean leader Kim Jong-un said in his New Year's Day address that the country is close to test-firing an intercontinental ballistic missile apparently capable of striking the U.S. and two ICBMs were later readied on mobile launchers, but they were ultimately put back into hiding.

Many experts saw that as a sign that the regime might have opted to wait out until the Trump administration puts together its North Korea policy. Other experts say the North is exercising restraint to avoid galvanizing conservatives in South Korea ahead of a presidential election. 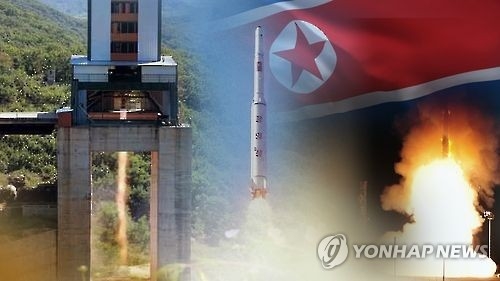