SEOUL, Feb. 10 (Yonhap) -- Acting President and Prime Minister Hwang Kyo-ahn on Friday directed his government to consider mobilizing troops to help contain the foot-and-mouth disease (FMD) that has been rapidly spreading across the country since the first outbreak earlier this week.

During a daily meeting of senior officials and experts on the disease and avian influenza, Hwang also instructed quarantine officials to weigh whether to check all pigs and cows in the country to fend off additional infections.

"We may have to consider mobilizing troops in case quarantine institutions face a staff shortage," Hwang said. "(I) urge you to rapidly reach a decision on this matter after a thorough review."

The Ministry of Agriculture, Food and Rural Affairs has placed the country on the highest vigilance level after the fourth outbreak was confirmed on Thursday following the first infection reported on Feb. 5.

It is the first time in seven years that the country issued the highest alert. Under the strongest quarantine measure, all 86 livestock markets in the country are closed, and all trading and movement of animals are put on hold temporarily.

The acting president also called for all-out efforts to prevent FMD from spreading to pigs. 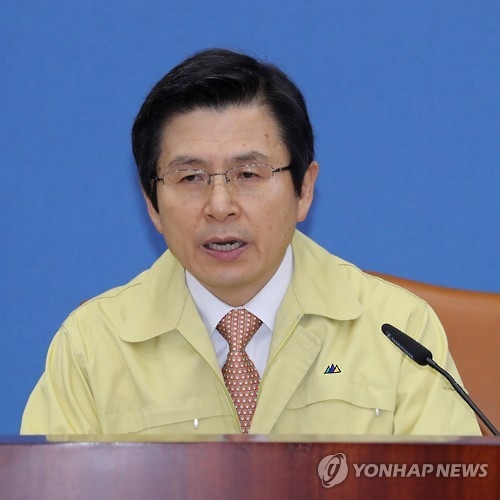