Starting on March 1, the number of job ranks below the executive level at the tech giant will be cut to four from the current seven, according to its parent Samsung Group.

When referring to each other, all employees are expected to use the Korean honorific ending "nim," which means Mr. or Ms. Depending on the nature of work, employees will also be allowed to use respectful, horizontal forms of address such as "pro" or "seonbae" and "hubae" -- terms to refer to senior and junior colleagues each.

The new system, however, calls for addressing by their title those in senior positions such as team leader, group leader, section leader and executives.

"The new personnel system is designed to create a corporate culture that puts more emphasis on performance rather than seniority by smashing the current top-down, hierarchical structure," a Samsung Electronics official said.

A group official said other Samsung subsidiaries are highly likely to follow suit when the new personnel system of Samsung Electronics takes effect as planned.

Samsung Electronics finalized the new personnel system in the first half of last year, but its implementation has been delayed due to its involvement in a massive corruption and influence-peddling scandal revolving around President Park Geun-hye and her longtime confidante Choi Soon-sil. 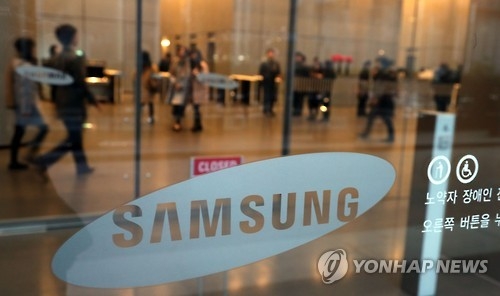