SEOUL, Feb. 10 (Yonhap) -- A former head of the state-run Korea Resources Corp. (KORES) was acquitted Friday of causing losses to the state coffers by taking over a local construction firm's stake in a mining project in Madagascar at a high price.

He was accused of incurring some 21.2 billion won (US$18.3 million) in financial losses to the company by ordering the purchase of Keangnam Enterprises Inc.'s share in the nickel development business in the African country at an excessive price in 2010.

The Seoul Central District Court said there is not compelling evidence to prove the prosecution's claim that the purchase was made following a request from the late former chief of Keangnam Enterprises, who was embroiled in a bribery scandal.

Kim was also found not guilty of causing losses to the corporation by investing some 1.2 billion won in a local rare earth development business, which prosecutors said had a low potential of success. 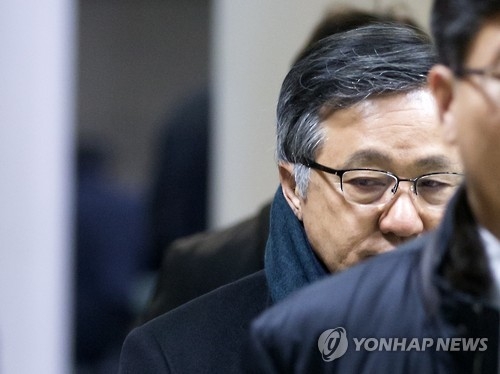