SEOUL, Feb. 10 (Yonhap) -- South Korean idol group Wonder Girls on Friday sent a heartfelt farewell message to fans who have supported the team over the its decade-long career.

"We will always remember all of our shared moments deep in our hearts. Thank you for always being at our side before anyone else," the group said in a video clip posted on YouTube.

The group also dropped its farewell track "Draw Me" through music streaming services the same day.

The JYP Entertainment, the group's agency, announced the disbandment of Wonder Girls last month. Yubin and Hyerim have renewed contracts with JYP and will pursue solo careers. Yeeun and Sunmi will leave JYP and seek new paths.

Wonder Girls enjoyed considerable popularity after starting off as a five-member group in 2007.

When the group attained stardom in 2009, it flew to the U.S. to make inroads into the world's top pop market but failed to make further gains. 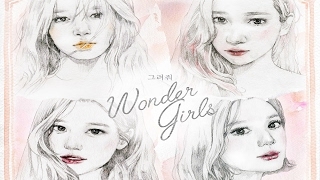