SEOUL, Feb. 10 (Yonhap) -- South Korea's special prosecution will ask a court to allow it to search the presidential office as part of a corruption probe of President Park Geun-hye after investigators were denied entry by her aides last week, its spokesman said.

The probe team will file the request seeking the suspension of the presidential officials' disapproval of the search, spokesman Lee Kyu-chul told a regular press briefing.

Independent Counsel Park Young-soo will also file a lawsuit against the president's chief of staff and the chief security officer to nullify the disapproval.

The investigators visited the presidential compound with a court-issued warrant last Friday to secure evidence ahead of a face-to-face questioning of President Park, but were blocked due to security reasons.

If the request is accepted, it would deprive the presidential office of an excuse to block the investigators, the spokesman said.

"If the presidential office blocks the search and seizure after the court makes its disapproval statement ineffective, that could possibly constitute an obstruction of duty," Lee said.

The raid into Cheong Wa Dae will be impossible if the suit is turned down by the court, the spokesman added.

The embattled president, awaiting the Constitutional Court's decision on her ouster, has been suspended from exercising all powers since the parliament voted to impeach her in December. 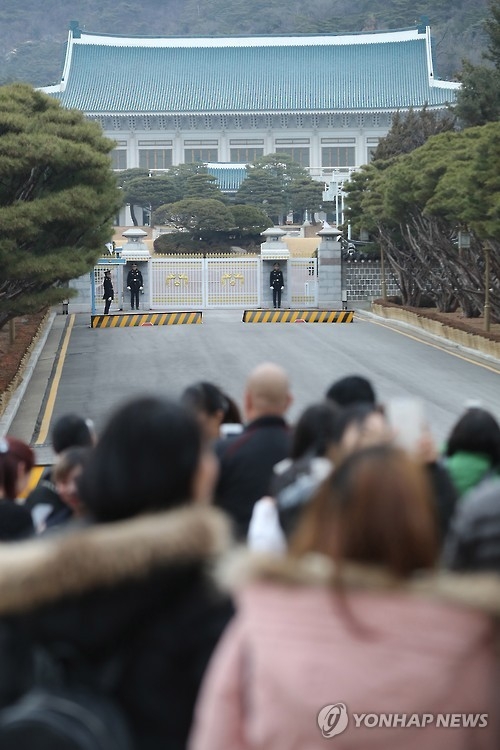