TOKYO, Feb. 10 (Yonhap) -- Yoshiro Mori, head of the 2020 Tokyo Olympic and Paralympic organizing committee, on Friday issued a message of congratulations to South Korea over the one-year countdown to the 2018 Winter Olympics.

South Korea held a "one year to go" ceremony on Thursday for the 2018 Winter Olympics, which will start on Feb. 9, 2018, in the Alpine town of PyongChang and the coastal city of Gangneung.

In the message, Mori stressed that "the success of the PyeongChang Winter Olympics is an important step," saying that starting in 2018 East Asia will host three competitions in a row -- the next February event, the 2020 Tokyo Olympics and the 2022 Beijing Winter Olympics.

He also hoped that the PyeongChang event will become an opportunity for South Korean people's passion for sports to reach Japan and China so that the peoples of the three countries can be united, as the event's slogan says "Passion, Connected." 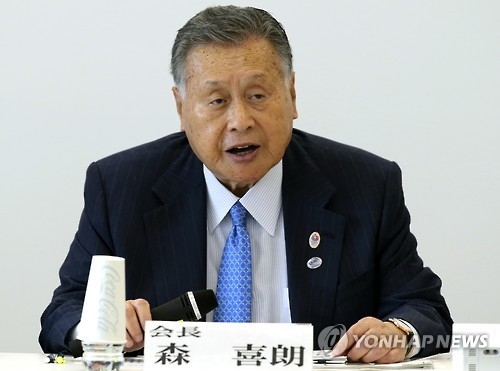