Kushnir, the 2014 Sochi Winter Olympics winner, scored 199.47 points in the aerials finals at the FIS Freestyle Ski World Cup in PyeongChang, Gangwon Province, some 180km east of Seoul. He edged out Qi Guangpu of China by 0.92 points to claim his second World victory this year.

Mac Bohonnon of the United States was third at 116.74 points.

Kushnir was just eighth in the qualification round, but he pulled off a back full-double full-full jump, which has a degree of difficulty (DD) of 4.425, to edge out Qi, who completed a jump with 4.525 DD but struggled with the landing.

Kushnir earned 100 points for his victory and now has 308 points overall for this season, which is just 52 points behind leader Qi. 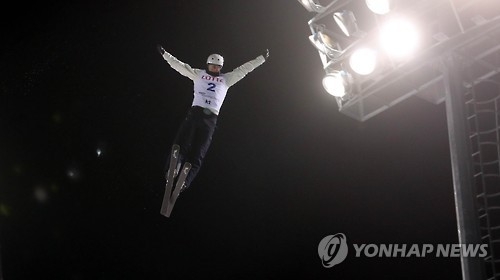 On the women's side, Chinese skiers swept the podium at Phoenix Snow Park in PyeongChang.

Xu, who passed the qualification stage in sixth place, performed a back double full full jump, which has a 3.525 DD, in the final and edged out compatriot Shen who made a poor landing.

The victory, her second of the season, lifted Xu to the top of the World Cup standings with 340 points, 18 ahead of Danielle Scott. Scott finished sixth here at 52.17.

No South Koreans reached the finals.

The FIS Freestyle Ski World Cup is one of the test events for the 2018 PyeongChang Olympics. The competition will have the moguls event on Saturday at the same venue. 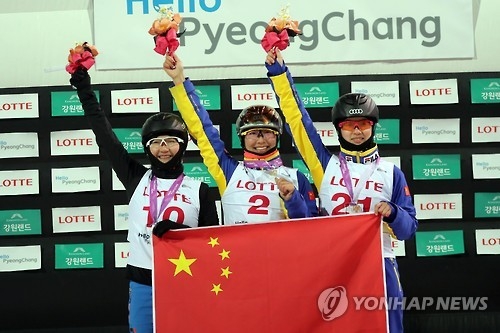