The rate of increase outpaced an 11.3-percent on-year rise in overall tax revenue, which came to 242.6 trillion win last year.

The 2016 tally on wage income tax also marks a significant rise from the government's earlier estimate of 29.2 trillion won, according to government officials.

Such an increase follows years of criticism from waged workers who insist that only their incomes are transparent when many, especially those who are self-employed, continue to hide their taxable income. 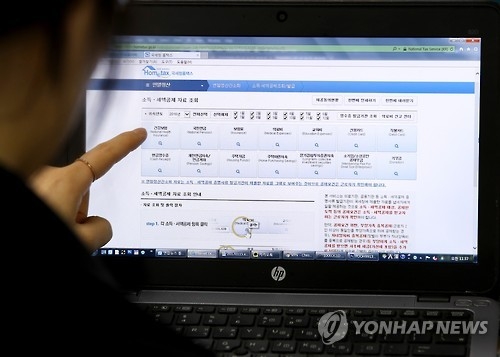 An earlier report from a local think tank, the Korea Economic Research Institute, has noted only 71.5 percent of all people were currently imposed composite income tax, tax imposed on all income instead of just wage income.

The National Tax Service too has reported that only 72.8 percent of total earnings of self-employed people were subject to income tax in 2014, meaning the remaining 27.2 percent had either been hidden or gone unnoticed.