South Korea will serve as host to the first round action starting on March 6 at Gocheok Sky Dome in Seoul. The Netherlands, Israel and Chinese Taipei will be its opponents.

And Cha, considered a key pitcher for South Korea because of his versatility, said he'd love to shed the disappointment from the 2013 WBC. He appeared in just one game then, giving up a hit against Chinese Taipei as South Korea got knocked out of the first round.

"I didn't prepare for it as well as I should have, because it was my first time playing in the event," Cha said at a press conference in Seoul. "I came away with a lot of regrets. This time, I've been working really hard and I hope to have a good tournament."

Much has changed for Cha over the past four years. Equally effective in the rotation and out of the bullpen, Cha parlayed his strong run with the Samsung Lions into a record contract with the LG Twins. He signed for four years at 9.5 billion won (US$8.3 million) this offseason, the largest deal ever handed to a free agent.

With the WBC employing pitch count limits for protection, Cha's versatility could come in handy for South Korea.

"I'd love to contribute to the national team in any way I can," he said. "I think our pitchers are in great form."

South Korea will train in Okinawa, Japan, from Sunday to Feb. 23, with three practice games scheduled during that period. It will then come home to face Cuba and Australia in more exhibition games before the tournament. 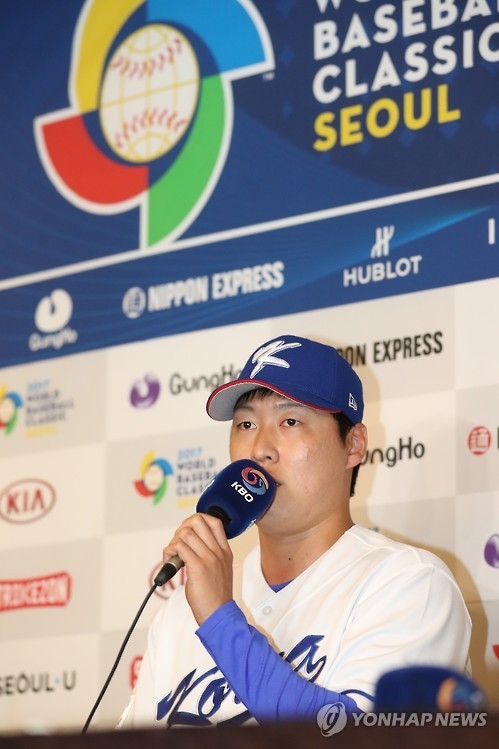