SEOUL, Feb. 13 (Yonhap) -- South Koreans were found to be the top seafood consumers among 24 countries with high demand for the products, a report showed Monday.

Statistics contained in "The State of World Fisheries and Aquaculture" from the Food and Agriculture Organization (FAO) showed that South Koreans consumed an average 58.4 kilograms of seafood a year per person in the 2013-2015 period, ranking it No. 1 among the countries measured by the organization. Norway came next with 53.3 kg, followed by Japan with 50.2 kg, China 39.5 kg and Vietnam 35.4 kg.

For the United States, the average yearly consumption was 23.7 kg, and for the European Union, it was 22 kg.

The average consumption for members of the Organization for Economic Cooperation and Development was 24.7 kg. In the 1960s, the global average was 9.9 kg.

Asia will account for the biggest chunk of seafood exports, about 67 percent coming from the region, the report said. 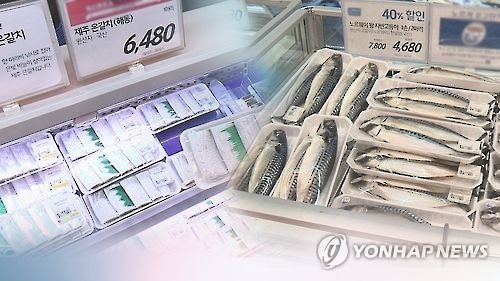