Seoul has been in talks with the 10 Association of Southeast Asian Nations (ASEAN) to improve the FTA, which took effect in 2007, with Singapore becoming the chair country of the Korea-ASEAN FTA implementation committee.

Thanks to the FTA, trade between South Korea and ASEAN nearly doubled over the past decade to US$119 billion in 2016 from $62 billion in 2006.

South Korea's Trade Minister Joo Hyung-hwan met with his Singaporean counterpart Lim Hong Kiang in Singapore on Friday and discussed ways to have the negotiation process gain speed, according to the Ministry of Trade, Industry and Energy.

They agreed to have additional sessions and meetings for discussions and hold a ministerial-level meeting in May.

In a separate meeting in Manila on Monday, South Korea and the Philippines agreed to work together to conclude the Regional Comprehensive Economic Partnership (RCEP) as soon as possible. The RCEP covers 16 countries in the Pacific region including 10 ASEAN countries, South Korea, China Japan and India.

RCEP negotiations were formally launched in November 2012, while the United States had pushed for the Trans-Pacific Partnership (TPP) trade agreement, which was blasted by U.S. President Donald Trump.

"The series of meetings with Singapore and the Philippines are aimed at making constant efforts to deal with widespread trade protectionism and speed up negotiations for regional FTAs," the trade ministry said. 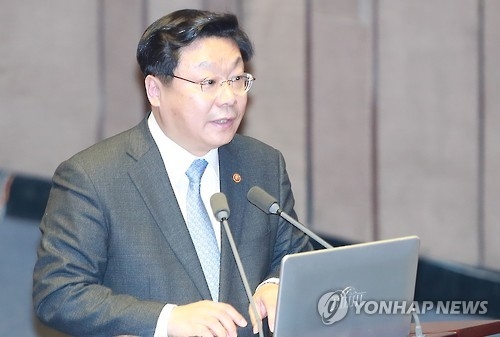 S. Korea to speed up upgrade of FTA with ASEAN

S. Korea to speed up upgrade of FTA with ASEAN