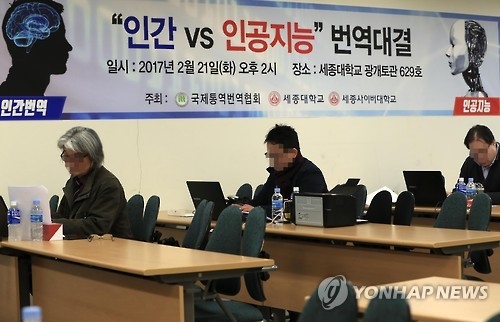 Both sides were tasked with translating random English articles -- literature and non-literature -- into Korean and other Korean articles into English. A total of 50 minutes were given to translate the texts and the translated works were evaluated by two professional translators.

Without revealing the identities, the organizers said the four professional translators scored an average of 25 out of 30 in translating Korean into English, while the AI software scored between 10 and 15.

The NMT system is based on a deep learning framework that learns from millions of examples from over 100 different languages. Unlike previous machine translation that was adopted 10 years ago, the new system considers an entire sentence as one unit. Previous systems independently translated words and phrases within a sentence. 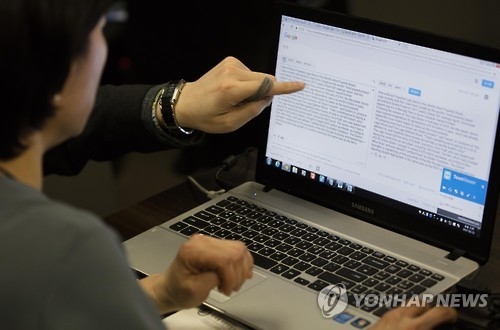 "The problem of NMT translation was that it looked that the machines were unable to understand context," the organizers said, adding that 90 percent of NMT-translated texts were grammatically awkward.

Systran, however, said the gap between the two will soon be shortened as the technology provides computers with the ability to learn without being explicitly programmed.

"I would say the technology is at the stage of elementary school at the moment but it will improve to the level of high school and college just in one or two years," Kim Yoo-seok, director of Systran, said during a forum held by the association.

Google Inc. is the leading provider of the AI-based translation platform by becoming the first to introduce its NMT system last year, which significantly improves translation quality and reduces errors. 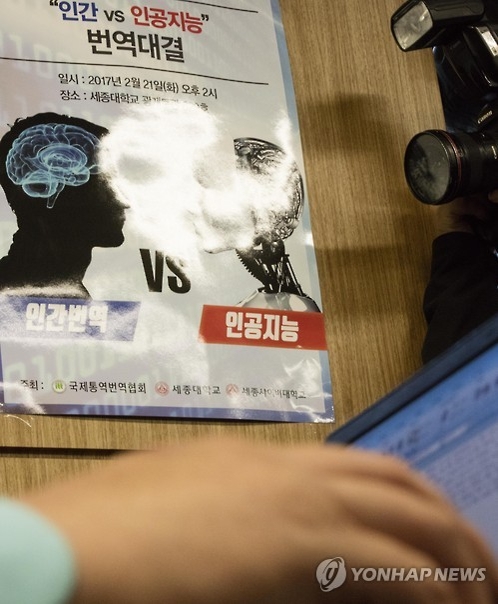 There have been growing calls that South Korea should revamp its R&D strategy to catch up with other global powerhouses in the AI field. The Seoul government said it plans to raise the competitiveness of AI technology to the same level as an advanced country in 10 years. 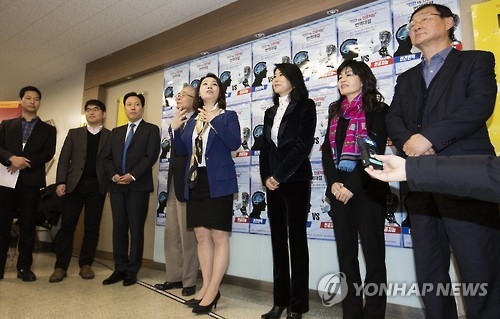