The group will drop its Japanese-debuting compilation album titled "#TWICE" composed of its 10 hit songs on June 28, JYP Entertainment said. Among the 10 songs are both Korean and Japanese-language versions of "OOH-AHH," "Cheer Up" and "TT."

Ahead of its debut, TWICE uploaded a digital album "What's Twice," which has the original Korean-language version of the songs, on various music streaming sites Thursday.

Promotional activities for the group's Japanese debut have already begun. Large photos of the group were hung on the walls of busy shopping districts in Tokyo on Feb. 8, while five Japanese morning-time TV shows informed viewers of TWICE's upcoming debut Thursday.

Japanese fans have shown much interest in the debut.

TWICE's official Japanese-language Twitter topped 60,000 in the number of followers just a day after it was created on Feb. 8. The group's EP album "TWICEcoaster: Lane 1," out in October, reached No. 1 on Japan's Oricon weekly chart for foreign albums the following month. 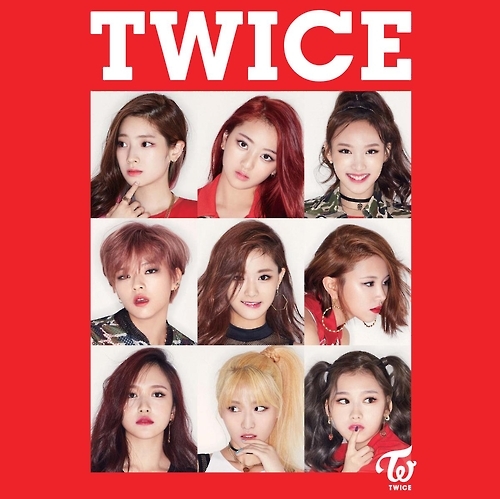 TWICE to debut in Japan in June

TWICE to debut in Japan in June