SEOUL, March 1 (Yonhap) -- South Korea's retail giant Lotte Group said Wednesday that it has suffered a disruption to its Chinese website in what could be a cyberattack by unidentified Chinese hackers in apparent retaliation against its cooperation with the deployment of an advanced U.S. missile defense system in South Korea.

The website, www.lotte.cn, has remained inaccessible to visitors since Tuesday afternoon.

A Lotte official said the disruption was caused by a virus planted by hackers, citing an analysis of computer security experts. 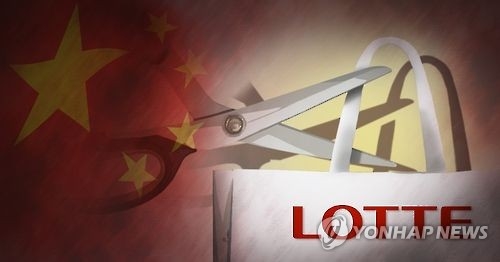 On Tuesday, Lotte International Co., a Lotte unit, signed the deal to hand over a golf course in the southeastern rural city of Seongju for the U.S. missile defense system in return for other land.

Seoul and Washington have dismissed such concerns, saying the U.S. missile shield is defensive in nature and focuses on North Korea's missile activities.

The Chinese No. 2 online shopping mall had been running a section on Lotte Mart since July last year. The two sides signed a partnership deal in 2015.

JD.com told Lotte that the deletion was caused by a technical glitch, according to a Lotte official.

On Sunday, about 10 Chinese people held a rally in front of Lotte Mart in Jilin province in northeast China in protest of Lotte's land swap for the U.S. missile defense system. 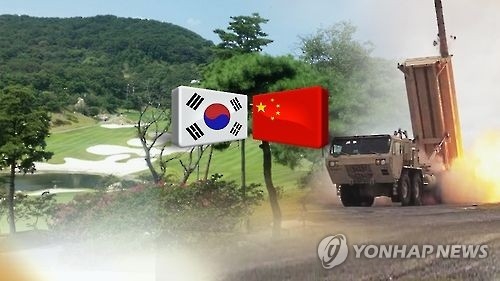 The protesters held a red placard that read, "Lotte issued a declaration of war against China and Lotte should leave China right now if it supports" the U.S. missile defense system.

"Chinese consumers should become the main force in teaching Seoul a lesson, punishing the nation through the power of the market," China's Global Times said in an editorial on Wednesday.

Lotte, the fifth-largest family-run conglomerate in South Korea, is the one with the highest exposure to China. It first tapped the world's second-largest economy in 1994, and now has a combined workforce of about 20,000 in 24 subsidiaries raking in some 3 trillion won (US$2.64 billion) in annual sales, according to the group's data.