SEOUL, March 5 (Yonhap) -- Hyundai Motor Co. saw sales of its hybrid and electric car models of the Ioniq surpass 30,000 units across the world over the past year, industry data showed Sunday.

A total of 31,165 units of the Ioniq were sold worldwide since January 2016, according to the data.

The PHEV uses both an internal combustion engine and a more powerful rechargeable battery compared to the conventional hybrid to provide the maximum driving range.

"As we now have a full lineup of the Ioniq in place, we will tap deeper into the global green car market," a company official said. 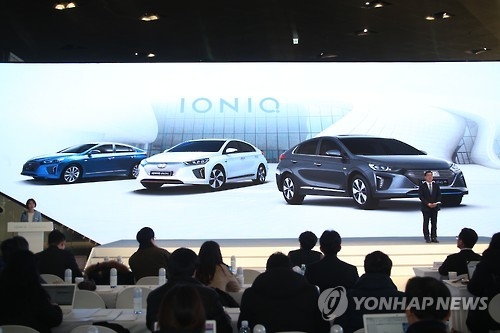