The deal came seven months after Seoul and Washington agreed to install the anti-missile battery to better counter missile threats from North Korea. China has slammed the deployment of the system, which comes with a high-powered radar, insisting America will use the device to spy on its military.

According to the sources, South Korean food manufacturers and cosmetics makers are taking the brunt of China's "retaliatory" measures.

Makers of fresh foods or dairy products are said to suffer huge financial damage if customs clearance is delayed for several days because of their short shelf life. 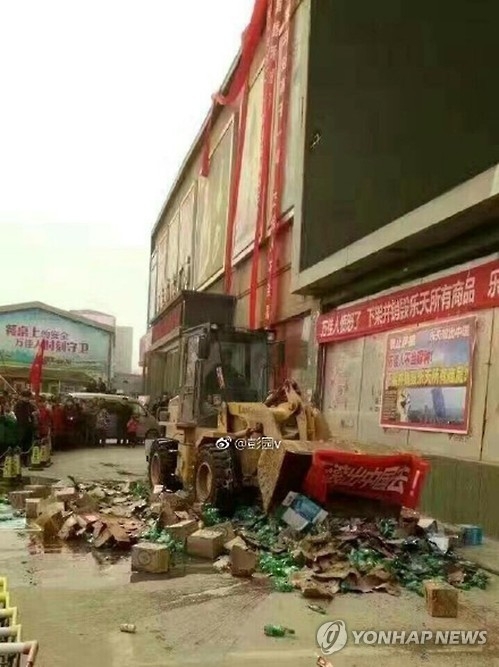 An official from a South Korean cosmetics company voiced a similar view.

"Chinese government agencies have become stricter in handling import documents following the THAAD row. It used to take about three months to pass China's sanitary inspection, but the period has become longer," the official said.

Recently, a couple of Chinese customers visited a famous South Korean cosmetics maker's store in China and shouted at local employees in a show of discontent over the planned THAAD deployment.

Chinese have also posted on social network services clips of locals venting anti-Korean sentiment, including footage of a protest calling for a boycott in front of a Lotte outlet.

Lotte Mart, a discount store arm of Lotte Group, has been hit the hardest among South Korean companies so far. As of late Monday, 23 Lotte Mart stores in China were put under business suspension for at least a month due to a breach of fire regulations. That accounts for over one-fourth of its 99 Lotte Mart shops currently running in the world's second-largest economy.