Front-runner Moon Jae-in of the Democratic Party said that he will become a "feminist president," offering to allocate more government positions to women.

"It is crucial that females speak out not only for women-related policies, but in all areas, including the economy, diplomacy and security," the former head of the Democratic Party said.

"Although it may not be easy to make it a campaign pledge, I believe we must make efforts to achieve gender equality in the Cabinet gradually," Moon said. "There must be practical efforts."

Moon said the former President Roh Moo-hyun's administration recruited more women in its Cabinet than any government, claiming such efforts will be expanded if he becomes president. Moon, who served as Roh's chief secretary, gained popularity after the former president's death in 2009.

Moon made the remarks while welcoming a renowned women's rights advocate, Kwon In-suk, to his campaign.

The professor of women's studies at Myongji University is a symbolic figure for the women's movement. She sparked a public outcry in the 1980s after the then-student activist unveiled she was raped by a police detective during an interrogation.

"Kwon, who analyzed sexual crimes in the context of social relationships, is devoted to making a safer society for women," Moon said.

Other presidential hopefuls also promised to increase the presence of women in the government.

Rep. Ahn Cheol-soo of the People's Party pointed out the portion of women among ministers in South Korea is only 5.9 percent, far below the average 29.3 percent among members of the Organization for Economic Cooperation and Development (OECD).

"I will practice true democracy by expanding women's participation in the Cabinet," he said during a Women's Day ceremony hosted by a local civic group for gender equality.

During a separate meeting with call center workers, Rep. Yoo Seong-min of the Bareun Party said he will allow women to take up to three years of maternity leave while limiting employees from working excessively long hours. 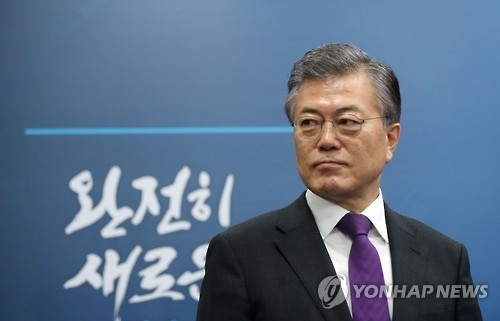