The Korea Baseball Organization (KBO) team said Markel asked for the termination of his US$525,000 contract, and the Giants agreed to place him on the voluntarily retired list.

Players on that list are ineligible to perform anywhere in the KBO without permission from their original club.

The Giants acquired Markel last December to replace right-hander Josh Lindblom, who left for the U.S. minor leagues. Markel, a career minor leaguer, was slated to be the club's No. 2 starter behind Brooks Raley, but made only one preseason appearance, giving up two runs on three hits and two walks in three innings.

The Giants said Markel had difficulty adjusting to the new league while dealing with some family issues. 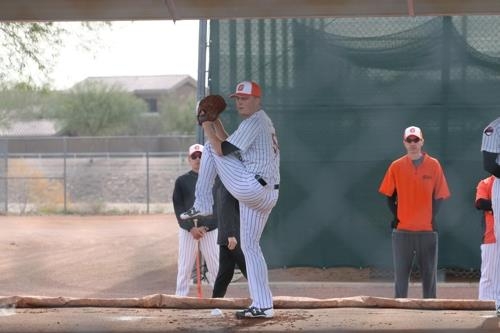