SEOUL, March 30 (Yonhap) -- It was the most terrifying moment of his life. His boat was drifting out to sea while he completely lost his direction amid thick fog. After a few hours that felt like an eternity, suddenly a ray of light broke through the dense fog and splendid, glittering water appeared in front of him.

It was a surreal and "spiritual" experience as well as a pivotal moment that set the tone for his art world for the next three decades, artist Ahn Young-il said during an interview with Yonhap News Agency Thursday. 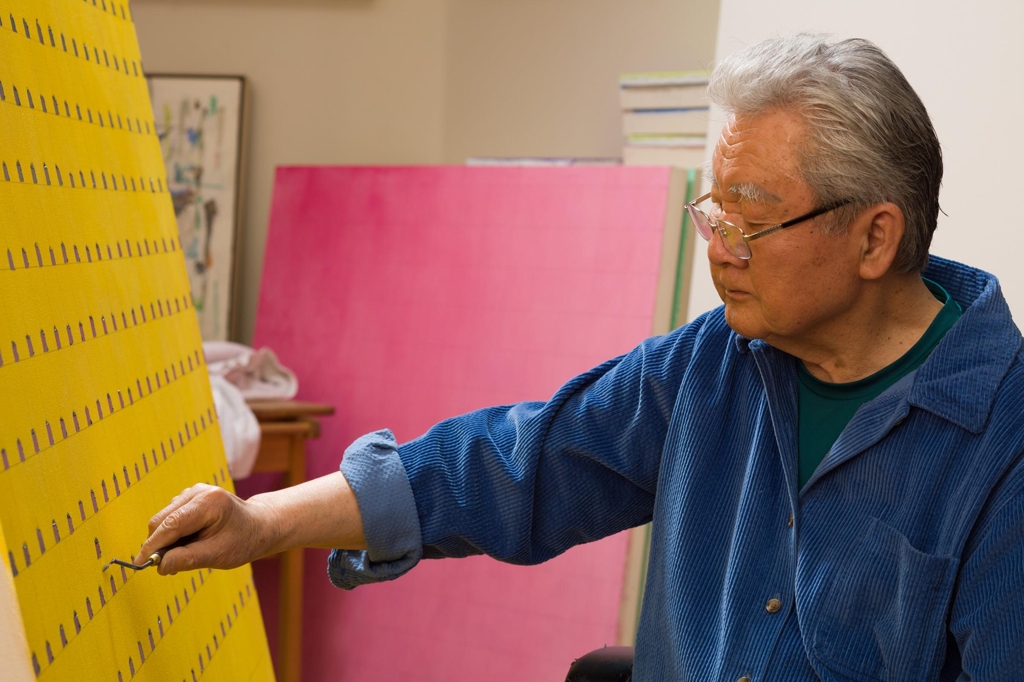 Ahn is visiting Korea in time for his solo exhibition at Hyundai Hwarang for the first time in the country in 30 years. The Los Angeles County Museum of Art (LACMA) is also exhibiting his paintings at the moment in "Unexpected Light: Works by Young Il Ahn." He's lived and worked in the U.S. since 1966 when he emigrated there.

"He told me he saw, at that moment, everything that he was looking for his entire life," said his wife Ahn Soraya, who does most of the talking after her husband suffered a stroke three years ago. His body has became rigid and his words slurred since then.

"He is filled with this desire to express all the splendid colors that he saw out in the sea," she said, making eye contact with her 82-year-old husband who was nodding his head.

"It's been more than 30 years since he started painting the Water series, but he says his 'shed' is still fully packed," she said, metaphorically referring to his endless store of ideas, passion and inspirations. 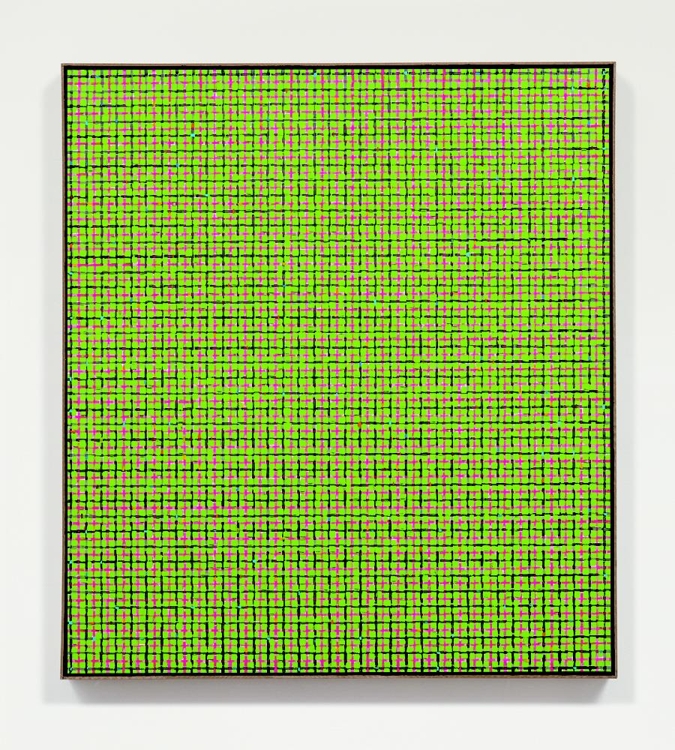 Born in Kaesong in what is now North Korea in 1934, he grew up painting alongside his taciturn father, a painter himself, who always supported his painting prodigy son. Ahn had his first solo exhibit in Tokyo at the age of six. Having studied art at Seoul National University, he produced a lot of unique works that caught the attention of American expats living in Seoul. In 1957, he joined a group exhibit at the World House Gallery in New York with the help of U.S. embassy officials in Seoul.

In 1966 he moved to America purely out of a desire to paint with good quality materials. After all, a war-ravaged Korea was still too poor to offer a fulfilling working environment for an up-and-coming artist.

When he was not sitting in front of a canvas -- most of his waking time he did, his wife said -- he played various musical instruments like the clarinet and cello. He particularly liked playing piano. The first thing Ahn did when he went to the U.S. was to sell his paintings to buy a clarinet, his wife added. Since a stroke hit him in 2013, however, he felt foggy when he tried to read music.

"I still feel music playing in my head, but I can't read a score and my fingers feel numb," he said.

Though he can't play music now, his musical sensitivity can be found in his Water painting series that captures the rhythmical movement of waves breaking and shining with dazzling light. Instead of using a brush, he scoops the paint with a spatula-like device and gently applies it to a canvas.

"Music helps me paint. I create beats and variations, like in a score," he said. "People might think that it would be simple to do that, but actually I put all my energy into every touch I do until it is filled with power."

Asked what drove him to continue painting for his entire life, he seemed briefly lost in thought before he finally said, "Nothing. I just followed my heart."