SEOUL, April 1 (Yonhap) -- With a month to go before the opening of the 18th edition, South Korea's largest festival of indie and art-house films has vowed to stand for "cinematic expression."

"We have chosen and shown films with politically sensitive subjects to safeguard the festival's identity against all pressure from outside," Lee Choong-jik, executive director of the Jeonju International Film Festival (JIFF), said during a news conference in Seoul on Monday to announce the line-up for the forthcoming event. "We're going to firmly establish its identity as a film festival that screens taboo-breaking films, free from the government blacklist or censorship." 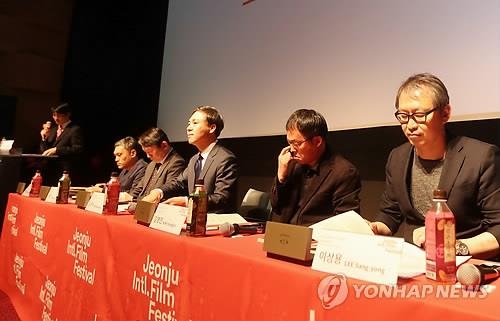 The 18th festival will run from April 27 to May 6 in this southwestern city of Jeonju under the slogan "Outlet for cinematic expression," according to the festival organizers. They say the slogan encapsulates the festival's effort to reignite its identity as the country's largest festival of indie and art-house films by giving especially local artists room to breathe after years of what they call "government oppression of artistic freedom."

This would be the first major film festival to follow the dismissal of President Park Geun-hye on March 10. The former president was formally arrested on Friday in connection to a massive corruption scandal that led to her removal from office.

She was accused of creating and managing a blacklist of artists and cultural figures who were critical of her administration to ban them from state support while in power.

Under the slogan, the festival included a number of experimental and socially critical films in the line-up featuring 229 films from 58 countries around the world.

"Mis-President," which delves into the myth of the impeached president, appears to be a clear example of what the film festival stands for. The film by Kim Jae-hwan will be shown in the "Korea Cinemascape" category for domestic films dealing with hot social topics, according to the festival.

Also notable in the section is "State-authorized Textbook" by Baek Seung-woo. The movie criticizes the former Park administration's efforts to introduce a state history textbook slammed by critics for glorifying the military regime of her father Park Chung-hee, who ruled the country for 18 years after a coupe until he was assassinated in 1979.

Among the movies chosen for the new section were "City of Ghosts," American director Matthew Heineman's critically acclaimed documentary about the extremist group Islamic State, or ISIS, and "Still Life" by French director Maud ALP which paints a portrait of the sinister world inside the walls of a slaughterhouse. 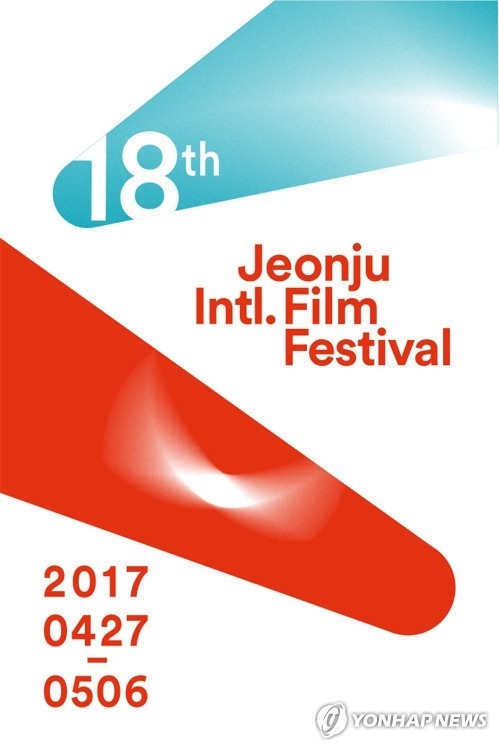 JIFF this year is focusing on local indie films by filling its signature Jeonju Cinema Project program for supporting new works by prominent international filmmakers with three projects from Korean directors: "Project N" by Lee Chang-jae, "The Poet and the Boy" by Kim Yang-hee and "The First Leap" by Kim Dae-hwan.

The festival will open with the Hungarian drama "On Body and Soul" by Ildiko Enyedi. The Golden Bear winner at the 67th Berlin film festival last month tells the story about the budding romance of two people who share a recurring dream.

It will close with "Survival Family," the latest by the Japanese director Shinobu Yaguchi known for "Waterboys" (2001) and "Swing Girls" (2004). The comedy film is about the journey of a Tokyo family across Japan in the chaos of a nationwide electrical breakdown.

For the convenience of festivalgoers, JIFF renovated its outdoor theater into Jeonju Dome to have the opening and closing ceremonies without being affected by weather conditions.