The company didn't provide the sales figures for imported commercial vehicles for the cited period.

"As multinational commercial carmakers have a proven track record of durability and fuel efficiency, those who drive big trucks for a living and bus companies increasingly prefer imported brands," a Seoul-based spokesman for the German commercial car maker told Yonhap News Agency by telephone.

MAN Truck & Bus is one of five major foreign commercial car companies which have registered with the Korea Automobile Importers and Distributors Association (KAIDA). Four others are Volvo Trucks from the U.S., Scania AB from Sweden, Daimler Trucks from Germany and Iveco from Italy. 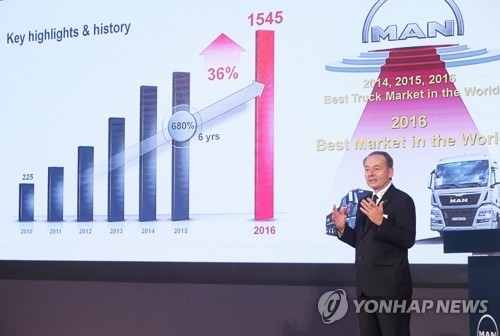 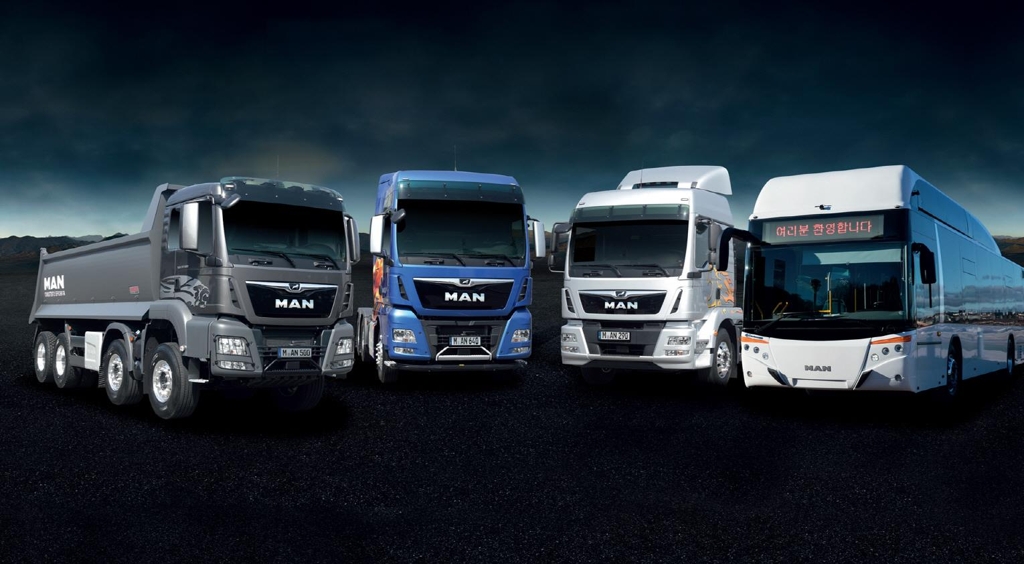 In the January-February period, MAN was behind Volvo Trucks in terms of South Korean sales but ahead of three others. Volvo Trucks sold 317 units, followed by MAN with 172, with Scania, Daimler Trucks and Iveco following the leaders, according to the data.

Among the five, however, MAN is rapidly catching up with its bigger rival. It is ramping up its efforts to increase its share in the Korean commercial car market.

Its sales in South Korea jumped 36 percent to 1,545 units in 2016 from 1,137 a year earlier on higher demand for its products despite slowing demand in the overall domestic market which suffered a 12 percent on-year decline last year from 420,849 units, latest findings showed.

It was the first time for MAN to participate in the biennial motor show since it entered the local market in 2001.

The company aims to present more localized products for Korean customers, including the unveiling of a two-story bus within this year, Max Burger, president of MAN Truck & Bus Korea, said during the motor show's press reveal Thursday.

"As South Korea is one of seven core strategic markets for MAN, the German company will continue investing and strengthen after-sales services to woo customers," a company official said.