According to the data compiled by the Korea Institute for Industrial Economics and Trade, China showed higher figures of revealed comparative advantage (RCA) in 44 areas among the 80 major industries.

The RCA shows the relative competitiveness of a product or an industrial sector over those of others. A figure above 1 indicates a country sells a higher volume of products in its counterpart compared with other nations.

China held an RCA figure higher than 1 in most of the textile-related industries in South Korea, including leather, clothes and shoes.

The United States also held a comparative advantage in 39 industrial areas, including agriculture, the institute added.

Japan held a higher competitiveness in 34 areas, focusing on chemical-related industries, but it lost its advantage in home electronic goods.

"For South Korea to bolster its trade, it should improve competitiveness in the chemical industries against Japan, while fostering exports to China in textiles, oil, chemical, steel, machinery, electronics and automobiles," the institute added. 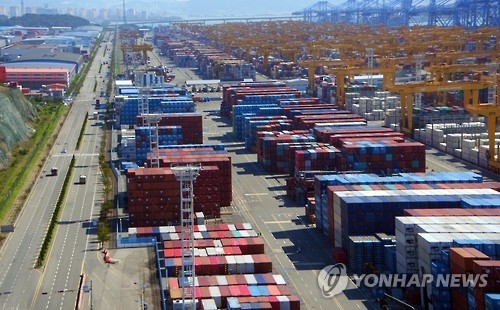