According to the data compiled by the National Assembly Budget Office and the Ministry of the Interior, the number of CCTV cameras installed in public locations came to a whopping 740,000 as of end-2015, hiking from around 300,000 units posted in 2010.

Of the cameras installed, 49 percent of them were to prevent fires, while 46 percent were aimed at stopping crimes. Other purposes included traffic enforcement.

Civic groups claim such an increase in the number of cameras may result in an excessive practice of governmental authority.

An official from the Citizens' Coalition for Economic Justice said focusing only on overall security may result in a breach of citizens' privacy.

"It is dangerous for a public authority to install CCTV units to exercise its power. (Installations) call for a social agreement," the official added. 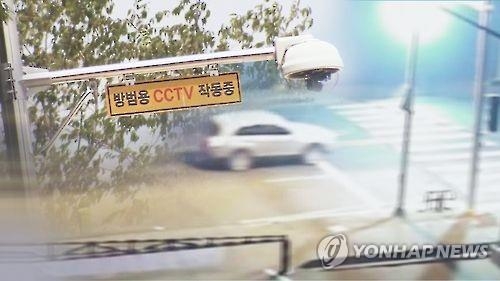