"The Black Eagles arrived back safely at Wonju base at 11 a.m. today," it said. Wonju is a city located in the eastern province of Gangwon.

Eight T-50 supersonic trainer jets of the Black Eagles team completed a total of eight demonstration flights at the Langkawi International Maritime & Aerospace Exhibition (LIMA), one of the largest annual air shows in the Asia-Pacific region, held from March 21-25.

The event drew representatives from around 500 defense industry firms in 36 nations and more than 200,000 visitors, according to the Air Force.

It offered a good chance for South Korea to publicize the T-50s as it seeks a contract with the U.S. for its T-X program to replace the Northrop T-38 Talon fleet with new jet trainers. 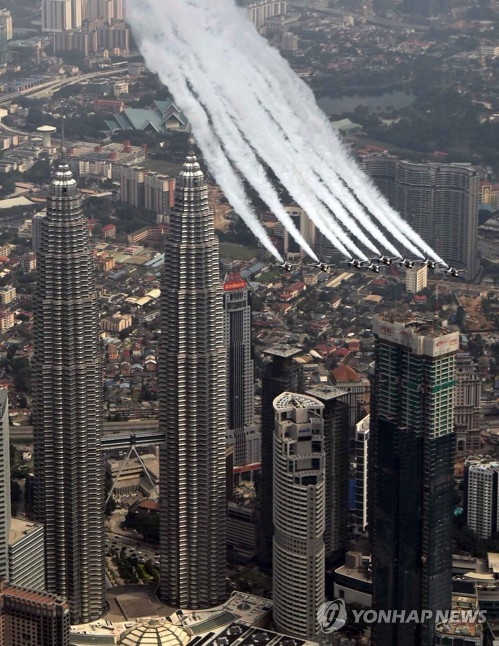