SEOUL, April 1 (Yonhap) -- Ahn Cheol-soo of the People's Party won the latest round of a party primary Saturday, further closing in on the party's nomination for the upcoming presidential election.

The co-founder and former chief of the left-leaning centrist party took 77.44 percent of all votes in the latest round held in Suwon, according to the party. 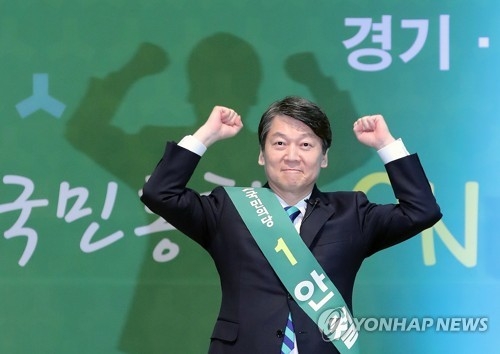 He was followed by former opposition leader Sohn Hak-kyu with 20.29 percent and Deputy National Assembly Speaker Park Joo-sun with 2.27 percent.

The outcome marked Ahn's fifth consecutive win in all five rounds of votes held in the seven-round primary.

Political observers have noted with only two more rounds left, Ahn's victory on Saturday may ensure his winning the party nomination for the May 9 presidential election.

Saturday's vote was held in Suwon, a city just south of Seoul, and represents all of Gyeonggi Province.

The sixth round of the primary will be held Sunday in Seoul, covering the capital and the western port city of Incheon.

The final round, covering the central region of the Chungcheong provinces and the cities of Daejeon and Sejong, will be held Tuesday. 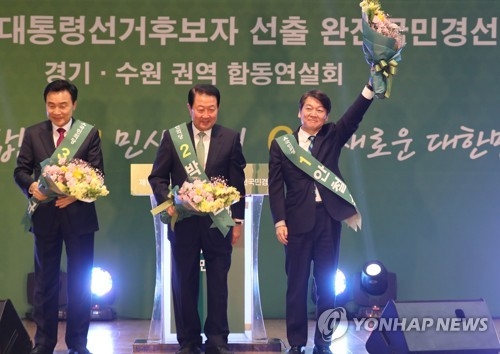 The party will have its presidential candidate on Tuesday should Ahn or anyone else have won more than half of all votes cast in all seven rounds of the primary.

Should they fail to do so, a run-off election will be held and the party's standard-bearer will be named on Thursday instead.

Sohn, also a former Gyeonggi Province governor, has 22.16 percent of the votes and Park 9.62 percent.