SEOUL, April 2 (Yonhap) -- The average earnings forecast for Samsung Electronics Co., one of the world's largest makers of smartphones and computer chips, rose 20 percent in the past three months on strong global demand for its semiconductors and prospects of sustained growth, industry sources said Sunday.

According to data collected by market researcher FN Guide, local brokerages on average expect the tech giant's operating income to have reached 9.21 trillion won (US$8.23 billion) in the first quarter, with sales and net profit likely to have risen to 49.55 trillion won and over 7.15 trillion won, respectively.

FN Guide's operating income report is roughly on par with what Samsung earned in the fourth quarter of last year, but it said some securities firms are estimating the total could reach as high as 10 trillion won.

Samsung operating income reached a record high of 10.16 trillion won in the third quarter of 2013, with the second highest being reached in April-June of the same year, when numbers hit 9.53 trillion won. Numbers for the last three months of 2016 were the third highest tallied for the company.

KTB Investment and Securities said the strong semiconductor market has likely pushed up operating income to a little over 10 trillion won up till March, with Meritz Securities Co. predicting similar gains. Both said that Samsung sales will exceed the 50 trillion-won mark.

Despite the diverse forecasts, market watchers said that the latest figures are some 19.9 percent higher than the average prediction of 7.68 trillion won, which was the consensus early this year. At the time, brokerages said Samsung sales in the first quarter would stand at 47.64 trillion won and net profits at 5.88 trillion won. Forecasts on sales and profit numbers are up 4 percent and 21.7 percent, respectively, vis-a-vis the start of the year.

"The relatively high numbers and spike in predictions have been fueled by the sharp rise in DRAM and NAND flash prices," a market observer said.

He added that expectations that Samsung's new flagship handset the Galaxy S8 will be well-received by consumers fueled the upbeat numbers not only in the first quarter but for the following three-month period as well.

Kim Sun-woo, an analyst at Meritz Securities, said that the initial feedback on the S8 is very promising and that it is not unthinkable that Samsung's operating income could top 10 trillion won in the first quarter and shoot up to 13 trillion won in the April-June period. 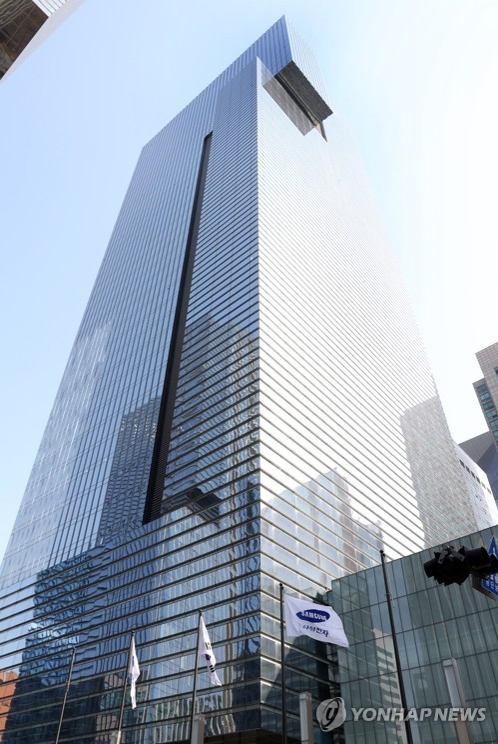