SEOUL, April 2 (Yonhap) -- North Korea has strengthened the punishment for importing and distributing cultural content from South Korea and the rest of world, a copy of the country's revised criminal law obtained exclusively by Yonhap News Agency showed Sunday.

A copy of North Korea's 2015-revised criminal code showed that those who import, distribute and illegally hold on to "decadent culture" or engage in "decadent acts" would face a prison sentence with hard labor of a minimum five years to a maximum 10 years, when circumstances are found to be grave.

North Korean law defines "decadent acts" as the consumption or re-enactment of "images, photos, books, music and movies that are decadent and suggestive," a virtual reference to the consumption of South Korean dramas, movies and music.

The updated level of punishment represents a drastic increase. The penalty for the same crimes in the 2012 May-revised criminal law stipulated a maximum two-year prison sentence with hard labor, according to the Unification Ministry database.

The stricter penalty shows North Korea's stronger reaction to the increased dissemination of South Korean content in the country that could weaken the country's social cohesion.

According to the Daily NK in July of last year, North Korea has strengthened its crackdown on the distribution of DVDs and USBs containing South Korean dramas and films, which are smuggled in from the outside world.

The punishment for watching the "enemy's broadcast" and the collection and distribution of enemy propaganda has also doubled, from a maximum five-year prison term to a maximum 10-year one with hard labor.

The revised criminal law also newly created a clause for the punishment of government officials who do not properly and promptly carry out the "teachings" of the country's late leaders Kim Il-sung and Kim Jong-il. Those found guilty of failing to carry out their duties face a maximum one year in prison. 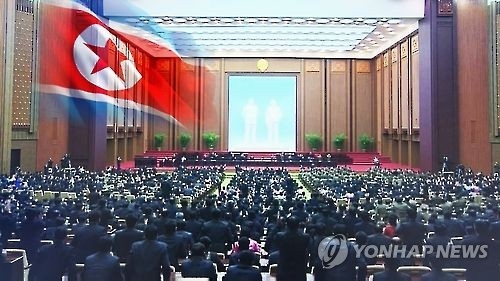