"This year will be very crucial (for us) to start value creation," LG Chem Vice Chairman Park Jin-soo said during a meeting with reporters Friday. This year's R&D spending compares with 780 billion won spent last year, according to LG Chem.

"Our products' quality are well-recognized by around 30 clients around the globe, and this year, we will see growth of between 25 percent and 30 percent," Park said.

LG Chem entered the EV battery business in 2009. The company has supplied batteries to global carmakers, such as Audi and Renault-Nissan, as well as other global companies. It currently operates EV battery plants in China, the United States and South Korea.

In 2015, LG Chem started the operation of its new EV battery plant in China, eyeing growing demand on the back of Beijing's plans to tackle air pollution by introducing more eco-friendly cars.

LG Chem aims to log 7 trillion won in sales from its EV battery business in 2020.

Park said LG Chem's operation in China will increase down the road despite an ongoing diplomatic spat between Seoul and China over the former's deployment of the THAAD U.S. missile defense system.

China's subsidies for electric vehicles are set to phase out in 2020, and LG Chem will survive the Chinese market with unrivaled technologies, Park said.

"We have some 10 business operations in China, but so far any particular impacts have yet to be seen (due to THAAD)," Park said. 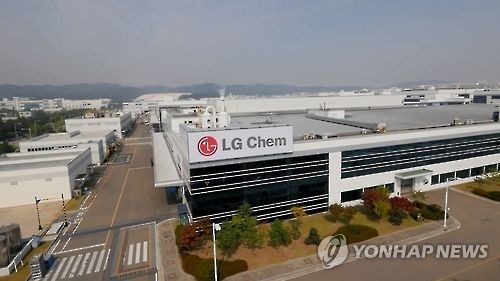