The company that launched the premium device in late February said the promotional events take place just ahead of the phones reaching the world's largest consumer market.

In the U.S., the tech company said people who preorder the G6 will be able to get Google's artificial intelligence speaker Google Home and a 49-inch HDTV as bonus items.

LG also unveiled a 30-second advertisement that will be aired worldwide that highlights the key features of the phone, ranging from its excellent screen resolution, camera arrangement and water- and dust-resistant packaging.

The company then said that its two short teasers released online and centered on the G6 attracted some 130 million views so far, a testament to the interest shown by consumers toward the new smartphone.

"There is a considerable amount of anticipation for the G6 in the U.S. market," a corporate source said. He said that LG will continue to showcase the phone's strong suits to potential customers going forward.

The launch of the G6 comes weeks ahead of Samsung Electronics Co., its main rival in South Korea, starting sales of its own Galaxy G8 flagship handsets in the global market. 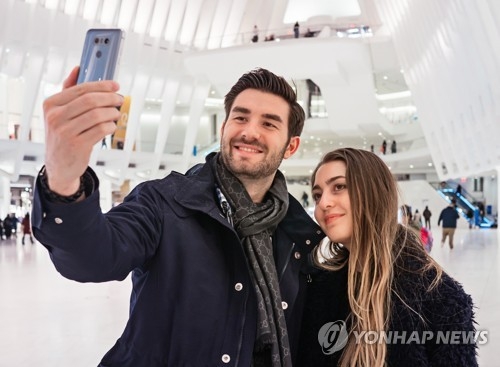