Despite getting cheered on by hundreds of South Korean supporters, North Korea got off to a losing start at the International Ice Hockey Federation (IIHF) Women's World Championship Division II Group A at Gangneung Hockey Centre.

Located in Gangneung, Gangwon Province, some 230 kilometers east of Seoul, the new arena is one of two competition venues, along with Kwandong Hockey Centre, in the city. 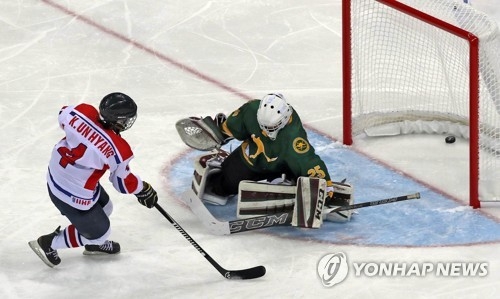 The two Koreas will square off at 9 p.m. Thursday at Gangneung Hockey Centre. South Korea is in 23rd place in the IIHF rankings, three above North Korea.

The tournament also features the Netherlands (No. 19), Britain (No. 21), Slovenia (No. 24) and Australia (No. 28). The top nation after round-robin play will be promoted to Division I Group B next year, while the last-place nation will be relegated to Division II Group B in 2018.

South Korea's first game is against Slovenia at Kwandong at 9 p.m. Sunday.

The game between the two lowest-ranked teams in the tournament was sloppy for the most part. The teams traded a goal apiece in the evenly matched first period. North Korea opened the scoring at 7:52 in the first, with Kim Un-hyang taking a feed from Won Chol-sun.

Australia pulled even at 16:17 as Natalie Ayris' wrist shot beat goalie So Jong-sim high on the glove side.

After getting dominated for a good stretch, Australia broke the tie at 8:56 in the third, with Sharnita Crompton scoring from the left face-off dot.

North Korea failed to convert on its seven power-play opportunities. 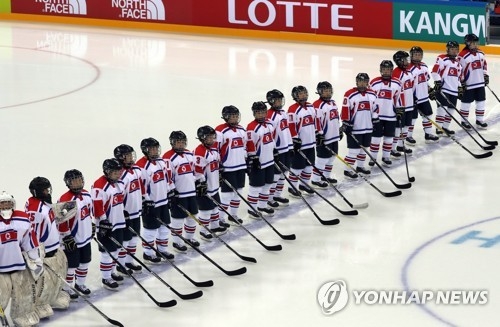