SEOUL, April 2 (Yonhap) -- Despite its saber-rattling, North Korea is reportedly seeing a construction boom, with a large number of new skyscrapers and apartment buildings being constructed in its capital, according to a source Sunday.

The source added that the country is "constructing new buildings as part of a renovation project for old houses and is also building a new football stadium." 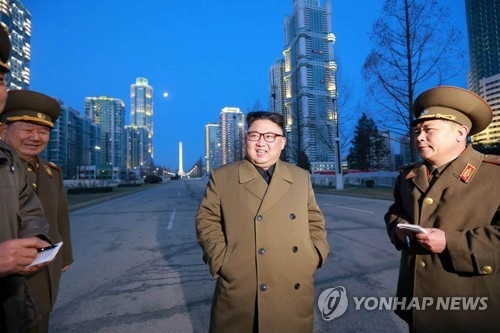 In particular, the Yeomyung district in Pyongyang is seeing a large number of new projects, including a 70-story residential skyscraper, the source said. The apartment building was reportedly ordered by leader Kim Jong-un to be finished by April 15, the anniversary of North Korean founder Kim Il-sung's birthday.

According to the source, the military is taking charge of most mass construction projects. With soldiers mobilized for much of the projects, external labor costs are kept to a minimum, the source explained.

Since Kim Jong-un took power, North Korea has seen a number of high-profile construction and real-estate projects take shape, including the Masik ski resort and the Munsu water park. 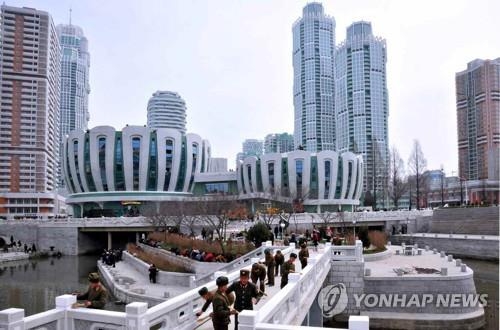 But many observers have voiced concerns over the dangerously fast speed with which the projects are being carried out. They warned such speed could lead to facilities collapsing from shoddy workmanship.