According to IHS Jane's 360, India's Cabinet Committee on Security approved the purchase of the 100 modified Vajra-T 155 howitzers by Hanwha Techwin, worth a total of US$646 million, citing Indian officials. The approval was given on March 29, it said.

The outlet reported that the guns will be co-developed by Techwin's joint venture with India's Larsen & Toubro at the latter's plant near Pune, western India.

The deal marks the fourth time that the indigenous South Korean howitzers will be sold overseas. In 2011, Samsung Techwin sold 350 K-9 howitzers to Turkey under a deal that called for the South Korean firm to provide parts and technology.

In 2014, Techwin was taken by South Korea's Hanwha Group along with three other chemical and defense firms that were previously affiliates of the Samsung Group. 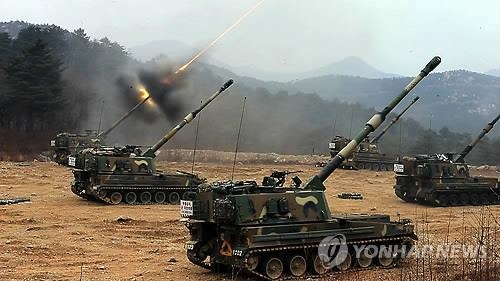