"We've decided to trust Stielike once more," Lee said at a press conference. "The national team had hard times in the past, but they've always overcome the difficulties and advanced to the World Cup in the end."

Stielike has been in hot water following the national team's mediocre performance in the final Asian qualifying round for the 2018 FIFA World Cup. South Korea are in Group A, along with Iran, Uzbekistan, Syria, China and Qatar. 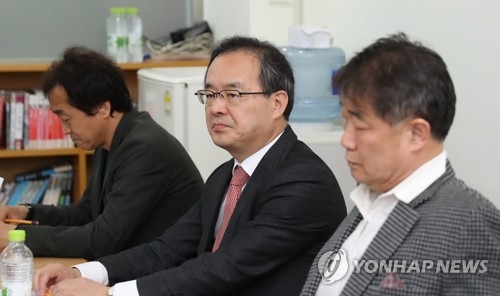 The Taeguk Warriors fell 1-0 to China on March 23, which was only South Korea's second defeat to the Asian neighbor in 32 meetings. Stielike's side managed to collect a 1-0 victory against Syria at home five days later, but fans here have questioned the German coach's tactical acumen.

South Korea also have yet to score or win away from home in the final round.

"I don't think it's right to judge Stielike by one or two matches," Lee said. "We decided to trust Stielike based on all he has done so far."

With three matches remaining, South Korea are currently second in Group A, but they are not in a safe position to grab the ticket to the 2018 World Cup. South Korea have 13 points from four wins, one draw and two losses, four points behind leader Iran and one point above No. 3 Uzbekistan.

Only the top two teams in the group directly advance to the World Cup in Russia, while the third-place team must go through playoff rounds to enter the world football's showpiece event.

Critics of Stielike have been saying that now is the time the KFA should sack him, since the men's team still has over two months before the next qualification match. 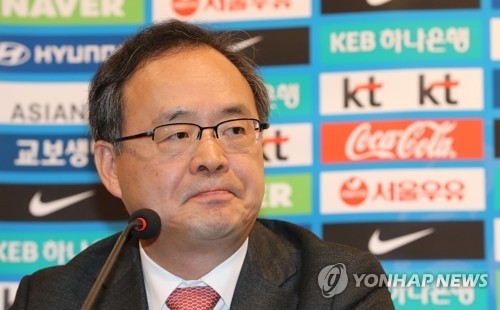 Lee, however, said the technical committee is ready to support Stielike for the remaining three matches. The 62-year-old coach is contracted until the end of the 2018 FIFA World Cup in Russia, should South Korea qualify for the competition.

"We will prepare the next three matches with the mind that we are in a state of emergency," he said. "I mentioned 'emergency state' because the situation can change rapidly one match after another."

Lee said Stielike will not be evaluated after each match, although the committee will be preparing for the worst scenario possible. He added that the technical committee is ready to recommend assistant coaches to Stielike if the head coach wants them.

The technical committee chief also mentioned that some of its members did insist on sacking Stielike, but for now the KFA will focus on helping South Korea make its ninth consecutive appearance at the World Cup.

"I think Stielike and his coaching staff have prepared tactics well, but making those things work on the pitch is another matter," he said. "We need to work harder in our preparations. For instance, other teams train two or three weeks before the qualifiers, but we only had two or three days of practice."

Stielike was appointed the men's national team boss in September 2014. He has so far posted 27 wins, four draws and six losses with South Korea.