SEOUL, April 3 (Yonhap) -- About a third of small companies seeking M&As with foreign companies do so because they want to localize production, a survey by a trade body said Monday.

The Korea Trade-Investment Promotion Agency (KOTRA) polled 92 small and middle market companies that were interested in M&As with overseas partners in the March 15-28 period and found that 31 percent of them were motivated by manufacturing localization. Another 27 percent wanted stronger technological competitiveness through tie-ups, while 19 percent were after more stable retail distribution.

Of those surveyed, 65 percent of the companies that have M&A experience were positive about such deals, citing technology improvements, discovery of new sources of profit and advances in the world market as the good side.

The worst difficulties, according to the survey, included problems in obtaining necessary information (49 percent), lack of experience in M&As (32 percent) and finding the right consulting agencies overseas (11 percent). Another 6 percent said it was not easy securing the needed funds.

Sixty-four percent of the companies that wanted government assistance said they wanted information on foreign markets and companies available for sale.

"M&As have become an effective means for companies to strengthen their competitiveness, with more than 80 percent of the companies that have made such deals wanting more M&As," KOTRA said. "We will reinforce our support for small companies by finding the right partners overseas." 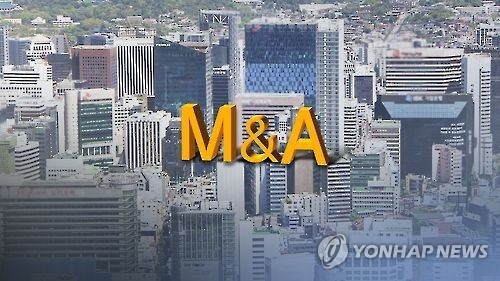