GANGNEUNG, South Korea, April 3 (Yonhap) -- It was a symbolic moment in South Korean women's hockey at the world championships in Gangneung, and one that the country would love to see often at the Winter Olympics on home ice next year.

There was Randi Griffin, born in the United States to a Korean mother and an American father, flying down the right wing in a 2-on-1 chance against Slovenia on Sunday. She then threaded a perfect pass to Danelle Im, a Canadian native of Korean descent, who slapped it home to give South Korea a 4-1 lead.

The host went on to beat Slovenia 5-1 to start the International Ice Hockey Federation (IIHF) Women's World Championship Division II Group A at Kwandong Hockey Centre in Gangneung, Gangwon Province, while outshooting the opponent 78-12. And Im and Griffin, who have been fast-tracked to South Korean citizenship in preparation for the 2018 PyeongChang Winter Olympics, contributed to the offensive onslaught. Both have played in friendly games for South Korea before, but this is their first international tournament in South Korean uniform. 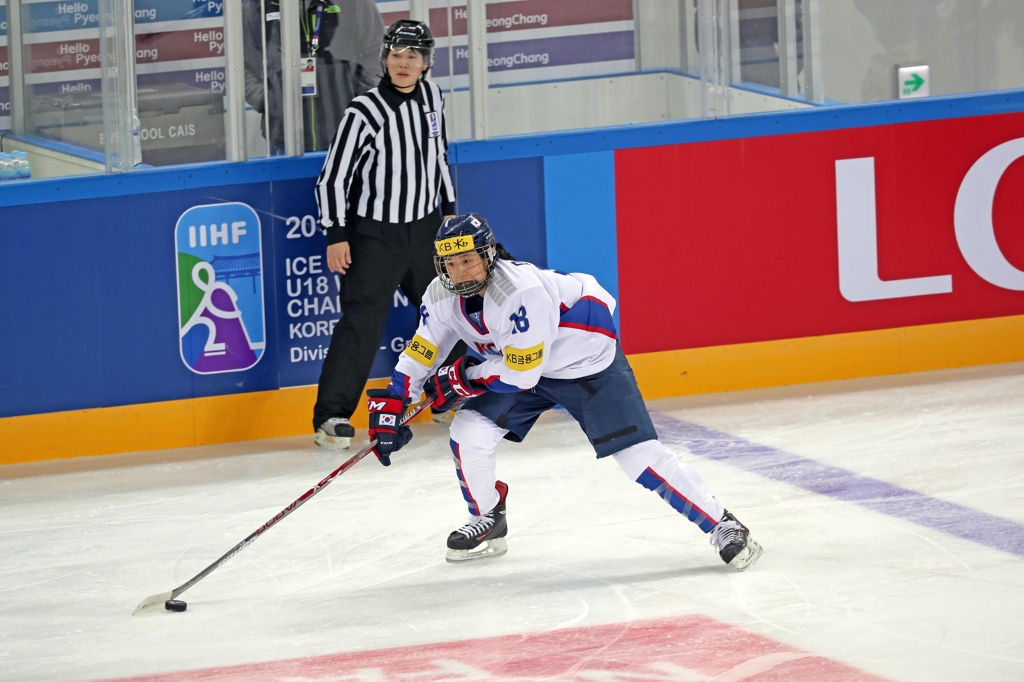 Im is on track to represent the country of her parents' birth at next year's Olympics, and the Toronto native wants to do her adopted home proud.

"I think we need to just focus on our playing to get better each day and to be able to put our best version of this team forward to the Olympics," she said. "We must wear this jersey proudly and put up a really good competition."

Putting up a good competition won't be as easy as it sounds. At No. 23 in the world, South Korea wouldn't have been good enough to qualify for the Olympics, but it has received an automatic spot as the host. It has been paired in Group B with Sweden, Switzerland and Japan, ranked No. 5, 6 and 7, respectively, in the world today.

A win in the group stage may be asking too much, but at least South Korea, once a perennial doormat that routinely lost by double digits, has worked its way to respectability with Sarah Murray, former U.S. college star and daughter of ex-NHL head coach Andy Murray, at the helm.

South Korea finished fourth at the Sapporo Asian Winter Games in February, the country's best result ever at the continental event. Though Im couldn't play there because of eligibility rules, she said she can clearly see the progress the team has made.

"It's from hard work the players have been putting in every day," she said. "It's great to see the improvements and the work that they've put in."

Im's presence on the national team represents a new direction for women's hockey in the country. She joins Griffin; Caroline Park, another Canadian-born player; and Marissa Brandt, a Korean-born adoptee, in the ranks of foreign nationals of Korean descent who have acquired South Korean passports.

The national team is counting on these players to rely on their experience in North American hockey -- Im played at Wilfrid Laurier University in Waterloo, Ontario, while Griffin played at Harvard -- to help the young squad get to the next level. The team of 22 players here features eight teenagers.

Im, 24, said she's aware of the pressure, but she isn't daunted by it.

"The expectation is for us to contribute, just like any other person," she said of herself and her naturalized teammates. "We feel honored to be here, and we want to do our best to be able to contribute as much as we can."

Im played through a hairline fracture in her right foot, and pain or not, she is simply "grateful" to be representing the country of her parents' birth.

"Just to be here is so amazing; to be with the team and experience everything with the world championships," said Im. "I am really grateful to be here, and to play even a few shifts was really awesome." 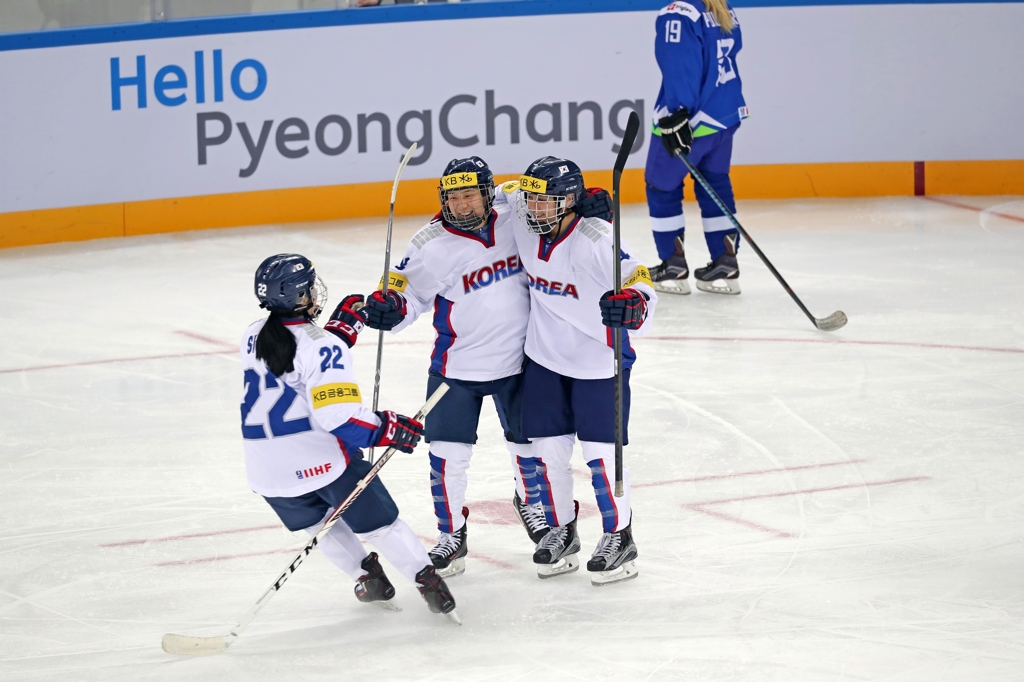