SEOUL, April 3 (Yonhap) -- South Korea's No. 2 mobile carrier KT Corp. on Monday said the company plans to expand ties with U.S. Verizon Communications and jointly demonstrated the world's first hologram call that can be used on a fifth-generation network.

KT said its head Hwang Chang-kyu and his counterpart Lowell McAdam, the CEO of Verizon, held a meeting in Seoul to discuss the broadening two-way cooperation to speed up the development of the 5G technology. The next 5G network aims to offer data transmission speeds about 100 times faster than the current fourth-generation system.

The South Korean mobile carrier said the call was significant as the demonstration was conducted on a mid-budget tablet PC, indicating the 5G technology is no longer something that can only work on high-end devices and that the service will reach consumers in the near future.

The two companies clinched an agreement to expand cooperation in the 5G technology area last year.

"The commercialization of the 5G technology by 2019 cannot be achieved by a single corporation or a country. It is crucial for leading companies to cooperate in the global mobile ecosystem," Hwang said.

"Through the continuous cooperation with Verizon to commercialize the 5G technology, we plan to showcase related technologies and services that will open a whole new era," the executive added. 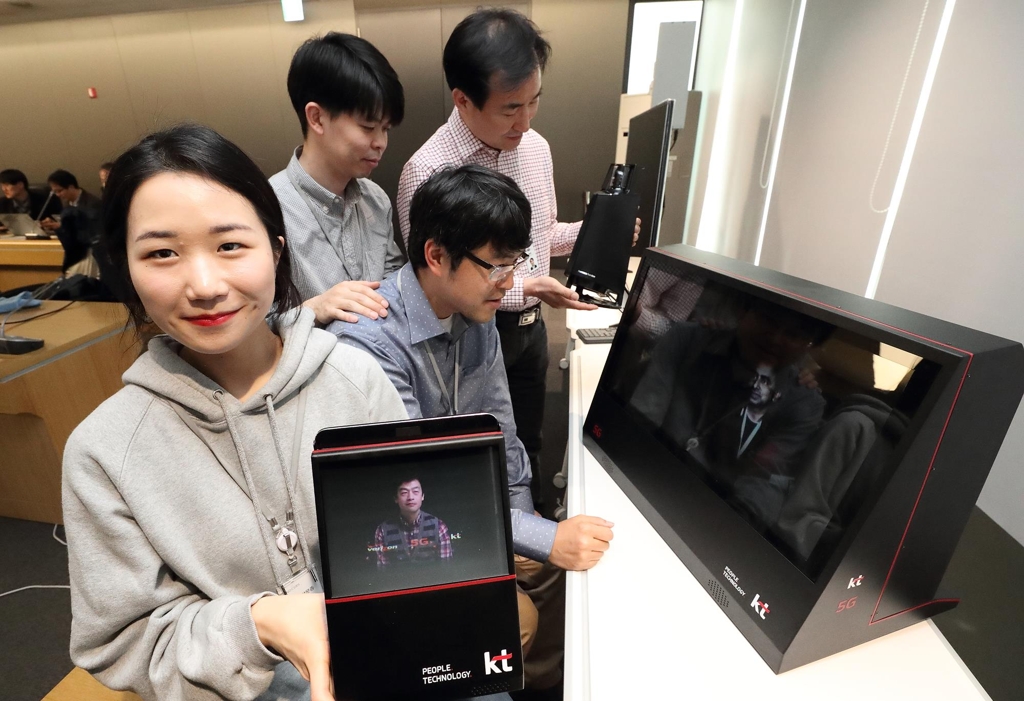