The single will have the Japanese version of two hit songs "Hero" and "Stuck." The music video for the original Korean version of "Hero" has drawn 30 million YouTube views.

Ahead of the release, Monsta X will hold a showcase in Osaka on May 1.

The band has been engaging in promotional activities for "Beautiful," the title track of its first studio album "The Clan Part 2.5: The Final Chapter," out March 21.

The album topped the U.S. Billboard's World Albums' Chart, as well as the K-pop chart on the Japanese iTunes, upon its release. 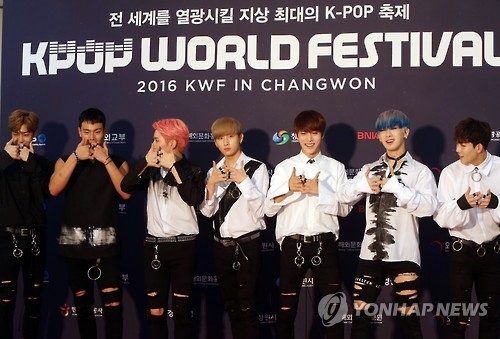