SEOUL, April 3 (Yonhap) -- South Koreans are spending less as their income and living expenses move in opposite directions, while the country's economy has yet to pick up beyond doubt, but one segment of consumer groups seems unbothered, or uncaring at least.

Retail data analyzed on Sunday showed that sales of items that would normally be the first to be dropped from the shopping list when pinched for money are showing growth, often in double digits.

Ahn, a 36-year-old who describes himself as an ordinary salary worker, has unique purchases stocked up in the corners of his home, from figurines like Darth Vader and game software to a rowing machine for exercise. He wanted his cat to stay fit, too, so he bought a cat wheel for 200,000 won (US$179). He admits that he doesn't remember the last time he saw his pet use it.

He has four camping tents. He also has a backpack for camping, but when he saw a new one a couple of months ago, he wanted to use the latest model so he bought it for 400,000 won. To take photos of his family when they go camping with his new backpack, he bought a DSLR camera for 800,000 won, which, for now, is tucked away nicely and sees the light once or twice a year. 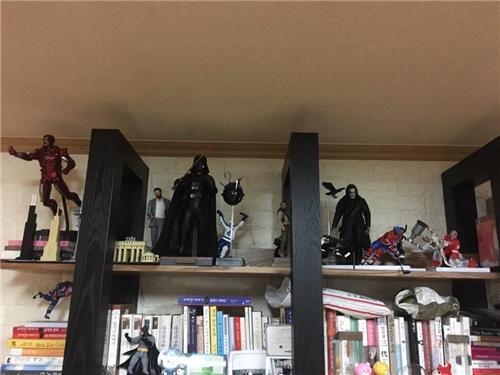 His most favorite item, however, is his 3.4 million-won tube amplifier for his audio system, a rare item that his wife approves of.

"My strategy is that I buy the stuff secretly, hide it until the moment comes when it will look very useful so that my wife will have to accept the purchase," said Ahn, who chose not to give his full name. "I take pride in the fact that I may have bought things I don't need, but I have never bought things that are not good."

People like Ahn are forming a unique group of consumers in South Korea, the "die-hard shoppers," who do not hesitate to spend money on things they like. Some of these shoppers, many of them product-specific maniacs, have caught the eyes of online shopping mall operators.

Retail industry data, although rough, are showing steady two-digit yearly growth in sales for games, toys and drones, the favorite items for these devoted consumers. Sales of drones, one of the latest fad toys for grown-ups, and toys also enjoyed by adults have jumped 55 percent over the past one-year period from the previous period, according to 11st Street.

Drones definitely stood out. Their sales over the past one-year period leaped 211 percent. A model priced at 1.6 million won is out of stock, according to the online mall. 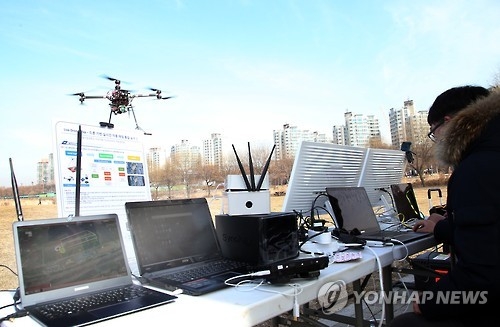 Sales of board and table games and assembly toys have increased up to 47 percent. When a computer game was released last year that required a high-spec PC, sales of computer monitors optimized for gaming shot up 485 percent.

Figurines are consistently popular. Their sales jumped 45 percent in 2014 from the previous year. In 2015, they jumped 54 percent. Remote-controlled airplanes and cars remain steady sellers, with sales increasing between 18 and 136 percent during the same period.

Online shopping market Auction took the cue and opened "All about KIDULT" in February, solely to cater to adults with kid's sentiments who buy toys. This shopping section offers limited edition figurines that cost more than 1 million won each.

An office worker in Seoul, who did not want to reveal his name, is a self-acknowledged die-hard shopper for keyboards. He has more than 10, with a wide range of prices. To others, they look the same, he said, but to him, each is very different.

He says he knows other people probably don't understand him, but he does not care.

"It's something that stays close to me for the longest period of a day. I think it's worth investing in," he said. "It's like buying a good fountain pen."

Chun Mi-young, who analyzes consumer trends at Seoul National University, described these consumers as a group that emerges in advanced markets.

"Die-hard consumption appears when there is the time, passion, the ability to collect information and the money to be able to dig deep into a single thing," she said. "There has to be a number of such people, and they have to be able to form a group and communicate with each other, which is why such a group appears in markets where people do not have to worry so much about sustaining themselves.

"It may look like they are buying things they don't need, but the purchases make the shoppers happy, which, in a way, makes them useful."
(END)