SEOUL, April 3 (Yonhap) -- South Korea's unification ministry said Monday it plans to allow North Korea to take part in the 2018 PyeongChang Winter Olympics if Pyongyang decides to do so.

On Sunday, North Korea expressed its intent to take part in the Winter Games in PyeongChang, 180 kilometers east of Seoul, and its sub-cities, according to Choi Moon-soon, the provincial governor of the host city.

Seoul's unification ministry said that a set of U.N. sanctions and punitive measures against North Korea's nuclear program do not ban Pyongyang from taking part in international sports events.

"If North Korea decides to participate in the sports event in South Korea, the government plans to give the green light in accordance of relevant regulations and procedures," Lee Duk-haeng, ministry spokesman, told a regular press briefing.

Lee said that North Korean athletes should first qualify for the PyeongChang Olympics, adding that by early next year, it should submit a final list of players who earn qualifications.

The upcoming games is the first Olympics in South Korea since Seoul hosted the 1988 Summer Games.

With "Peace Olympics" being one of the four main pillars for the event, North Korea's participation would well meet PyeongChang's stated targets, experts say.

This week, South and North Korea's athletes will hold sports matches on both sides of the tense inter-Korean border.

The two Koreas' women ice hockey players will square off Thursday in Gangneung, some 230 kilometers east of Seoul, as a test event for the PyeongChang Olympics.

On Friday, women's football players will compete in a qualifying match in Pyongyang for the Asian Football Confederation (AFC) Women's Asian Cup.

Any trip to the North requires the South's approval and vice versa as the two Koreas have technically remained in a state of war since the 1950-53 Korean War ended in a truce, not a peace treaty. 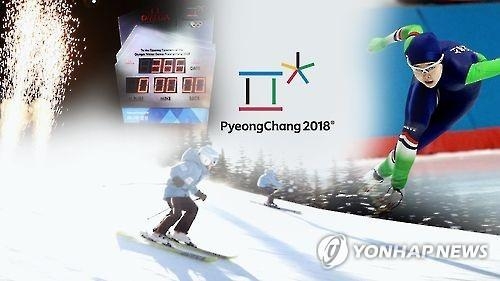