Singer-songwriter Jang is from the now-disbanded Busker Busker, the runner-up of season 3 of "Super Star K," a music competition reality show on Mnet.

The music video shows Jang busking on the streets of Daejeon, surrounded by swarms of fans. The documentary film, set to premiere on April 6, 2017, is expected to show Jang's music and life. 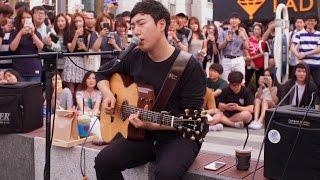