The data indicated that listed firms reported profits mainly on the back of job cuts and other cost-cutting measures last year, hit by sluggish domestic consumption and weaker exports.

According to the data by the Korea Exchange and the Korea Listed Companies Association, the total revenue of 533 listed firms, which closed their books in December last year, stood at 1,646 trillion won (US$1,478 billion), up 0.8 percent from 2015.

In an indication of their improved profitability, their average ratio of operating profit to sales increased to 7.37 percent last year, compared with 6.46 percent in 2015.

"The stagnant sales means that the global economic environment has not recovered to the level seen before the (2007-2008) global financial crisis," Kim said. 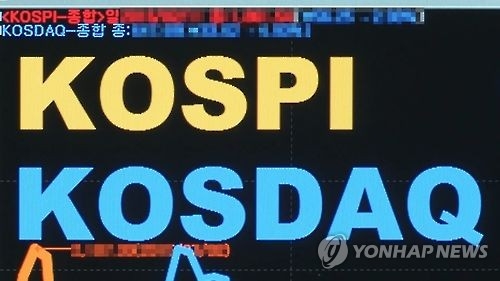 As of the end of last year, the average debt-to-equity ratio of the listed firms stood at 114.26 percent, down 5.56 percentage points from a year ago, the data showed.

Of the 533 listed firms, 434 firms reported a net profit, while the remaining 99 firms posted a net loss, according to the data.
(END)